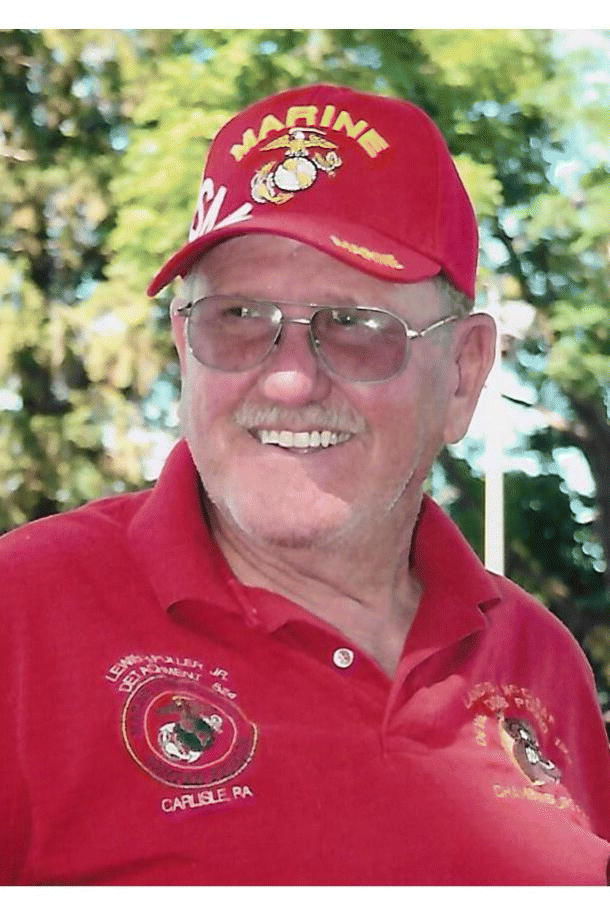 Bob attended Big Spring High School and received his G.E.D. while serving in the United States Marine Corps. He was a Vietnam veteran and served one tour of duty. He worked for the former Fickes Silo Co., Newville for more than 30 years. He then worked for Funk’s Well Drilling and retired from Blue Mountain Excavating Co. Bob was a member of the Newville Friendship Fire Company, American Legion Post 421-Newville, American Legion Post 101-Carlisle, Am Vets-Carlisle, VFW-Carlisle, Lewis B. Puller, Jr. Marine Corps League Det 524, Carlisle, PA Department of Marine Corps League, Devil Dog Pound 132-Chambersburg, the Edward Jay Rykoskey Post 1-Carlisle and the Co-Coordinator for Toys for Tots of Cumberland County. Bob was involved in many activities for his community.

He is survived by his wife of 20 years, Patricia (Line) Gilbert, two sons; Clinton Gilbert and Craig Gilbert, both of Newville, one daughter, Heather (husband, John) O’Donnell of Carlisle, three brothers and four sisters, three step-sons; Ron (wife, Lynne) Kutz of TX, John (wife, Sherisa) Kutz of TN and Ralph “Skip” Reed Jr. of CO, 19 grandchildren and 7 great-grandchildren. He was preceded in death by two brothers and one granddaughter.

To plant a tree in memory of Robert Gilbert as a living tribute, please visit Tribute Store.