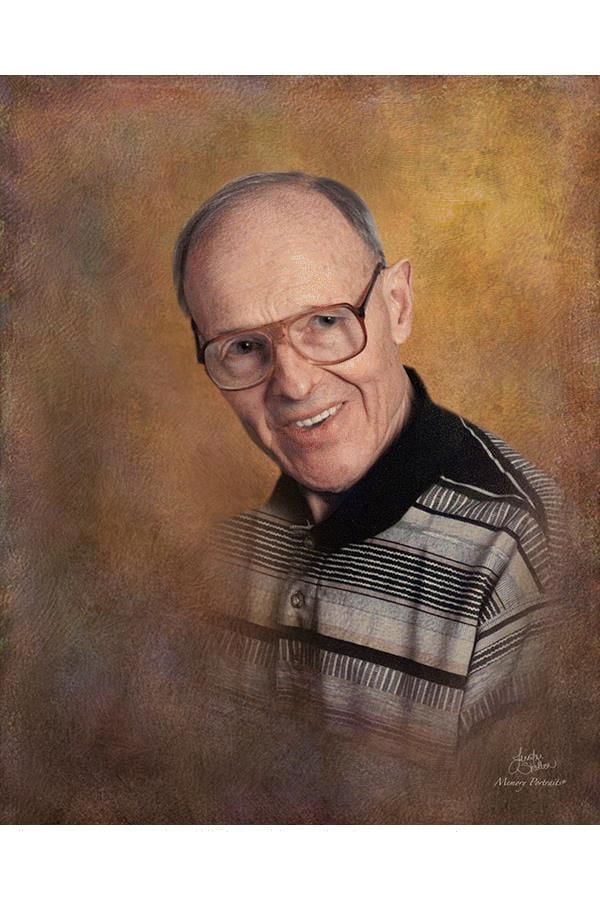 Marcus Acheson McKnight Jr., 95, a native of Carlisle and longtime resident of York County, died peacefully on Tuesday, October 6, 2020. He now rejoices with his Savior the Lord Jesus Christ and is reunited with his wife Marguerite (Dick) McKnight.

Marcus was born on April 26, 1925 in Carlisle, to the late Marcus And Harriet (Hazzard) McKnight. He was raised on his parents’ Marriott Farm in Carlisle, PA.

The McKnight family is grateful for the love and support of Rev. Dr. Laurie McKnight, the good people of First Baptist Church of York, especially Vernice Krall and Rev. Timothy J. Munson, and Natalie Shelpuk of Princeton, NJ.

Marcus wrote in his childhood diary, “I am a man of action.” He lived his entire life that way. He graduated from Carlisle High School in 1943 and served as senior class president. He served as a paratrooper in the US Army during World War II and saw action in Italy and was awarded a Bronze Star for his valor. After his service ended, he graduated from Franklin & Marshall College and worked in various jobs until he found his calling as a statistician and planner with the York County Planning Commission. He attended night classes and earned a Masters Degree in Planning from Penn State.

A lifelong servant of Christ, Marcus served as a Deacon at First Baptist Church of York where he had many friends. He volunteered in prison ministry, CONTACT helpline and at the York Rescue Mission.

He was devoted to the love of his life, Marguerite, through nearly 65 years of marriage. Their life together embodied service to Christ and the love of their family. Sweet and soft-spoken, Marcus also had a gift for story-telling and amusing family and friends. He gathered his family for nightly devotions by entering the living room saying “it’s just an old ad” as he turned off the tv, then he opened his Bible. Any visiting friends were welcomed into this warm circle of meditation and conversation.

York County and land use were passions and Marcus became one of the media’s go-to people at the Planning Commission for facts and figures. Marcus was also a health and fitness buff, biking and running. He was also a lifelong hiker with his family on the Appalachian Trail and up many peaks and through woodlands, long after retirement.

Funeral services will be held at 1:30 p.m. on Saturday, October 17, 2020 in the outdoor space behind Hoffman Funeral Home and Crematory, 2020 West Trindle Road Carlisle, PA 17013 with Rev. Timothy J. Munson officiating. Burial will follow at Meeting House Springs Cemetery. A visitation will be held from 1:00 p.m. until the time of the service on Saturday at the funeral home.

In lieu of flowers, memorial contributions may be made in memory of Marcus to First Baptist Church, 3375 Druck Valley Road York, PA 17406.