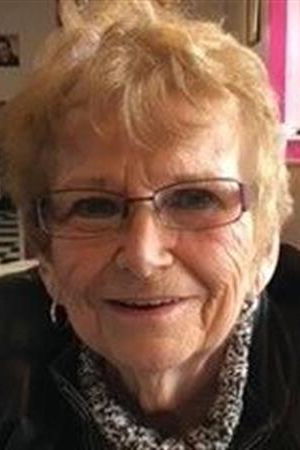 She was a retired officer with Goodall Pools and Spas; a former real estate agent with Jack Gaughen Realty; and the former owner/operator of “Seasons in the Sun”. She was a member of New Cumberland First Church of God and a former volunteer with Holy Spirit Hospital, Camp Hill.

Joanne was born in Harrisburg, the daughter of the late Fred and Lila (Steiner) Leisure. In addition to her parents, she was preceded in death by her husband Robert L. Goodall, Sr., granddaughter Ryan P. Lewis and sister Gladys Wadsworth.

Funeral services will be held at 11 am on Tuesday, April 13, 2021 in Parthemore Funeral Home & Cremation Services, New Cumberland. Visitation will be held one hour prior to services Tuesday in the funeral home. Burial will be in Rolling Green Cemetery, Lower Allen Twp.

To send messages of condolence to the family or for driving directions, please visit www.Parthemore.com