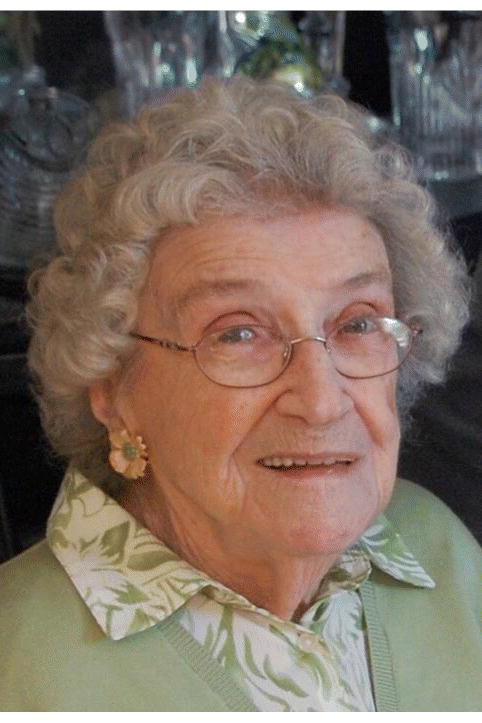 Bertha was preceded in death by one son, Larry Eugene Morrow, three brothers, five sisters and three husbands. Her first husband, Howard Cornelius, was killed in action during the battle at Anzio Beachhead during WWII, leaving behind a small son. A few years later Bertha married Delmyr Morrow who died at age 40, leaving behind a young daughter.

After graduating from Port Royal High School Bertha went to work at Letterkenny Army Depot. She eventually became an inventory management specialist which required her to travel extensively throughout the United States before she retired with 31 years of service. While working for the Army, she met and married Master Sergeant William McQuerry, who was a widower with two small girls. “Mac” was a Pearl Harbor survivor who also witnessed the first atomic bomb test in Nevada and later served in the Korean War.

Together Bertha and Mac raised their children, enjoyed their grandchildren and great-grandchildren, and were very active in their church and community. They also enjoyed traveling, bowling and attending Mac’s army reunions. They had a large vegetable garden and Bertha had many beautiful flower beds. After Mac’s passing in 1995 she remained active in her church and community and still held large family dinners. During later years, one of her favorite pastimes was to return to her beloved Juniata County and drive the roads around East Waterford where she had spent many happy childhood years. For the last five and a half years she has resided at Cumberland Crossings where she has been much loved by both the staff and other residents.

Bertha was always a kind, generous, warm hearted and very patriotic woman. She has always been quick to help when she encountered anyone in need. Throughout her life she has had a great fondness for both reading and writing poetry and on her 95th birthday her children presented her with a book of her poems. She was a member of the Trinity United Methodist Church in Walnut Bottom, NARFE Chapter 1063 and the South Newton Fire Company Ladies Auxiliary.

Funeral services will be held on Tuesday, January 14, 2020 at 11:00 a.m. in the Fogelsanger-Bricker Funeral Home & Crematorium, Inc. Chaplain Judy Strayer will officiate. Interment will be at 2:00 p.m. in the Cumberland Valley Memorial Gardens, Carlisle, following a luncheon. Visitation will be held one hour prior to the services on Tuesday at the funeral home.

To plant a tree in memory of Bertha McQuerry as a living tribute, please visit Tribute Store.