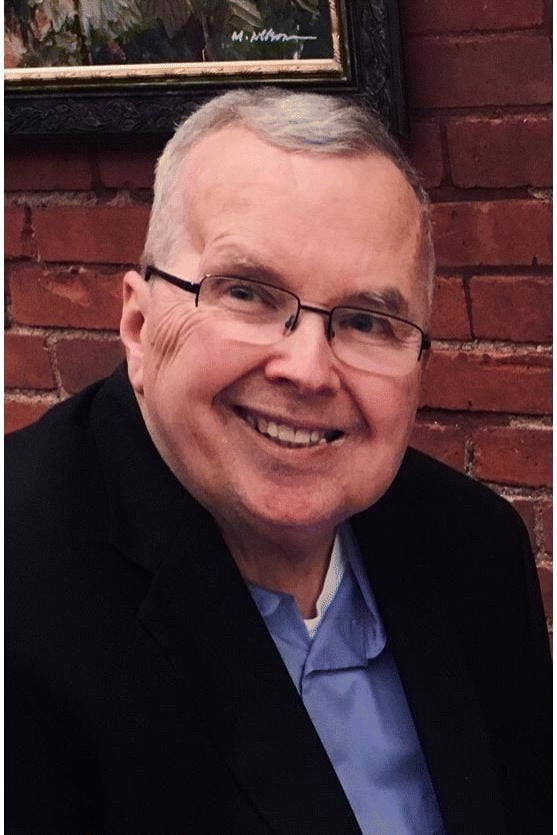 Born January 17, 1945 in Paterson, NJ, Bernie was the son of Peter and Alice (Fatula) Banks. He married Linda (Lee) Banks on June 5, 1971. They would have celebrated their 50th anniversary in June. They have resided in Carlisle since their marriage.

Bernie graduated from Passaic Valley High School, Little Falls, NJ, Nasson College in Springville, ME and Elizabethtown College where he earned a Bachelor of Science in Biology under the GI Bill.

Bernie began working as a golf caddie in his early teenage years leading to his lifelong love of the game. He worked as a medical laboratory technician at Dunham Army Clinic and Carlisle Hospital where he progressed from bench tech to Hematology Supervisor. In the early 80s he studied computer system management at Penn State and was instrumental in launching one of the first laboratory computer systems in the state. In the mid-nineties he became the Director of Information Systems for Carlisle Hospital.

Bernie served in the US Army as a Spec E4 Medical Laboratory Specialist serving a deployment to Vietnam in 1968 and 1969. He finished his Army service at Dunham Army Hospital laboratory.

Bernie was a long-time member of Second Presbyterian Church, Carlisle, where he served as a Deacon and as the church photographer for many years.

A man of many interests, Bernie was an avid Star Wars fan, seeing the first movie scores of times and collecting many figures and memorabilia. His love of cars spanned from his love of Cadillacs to his special DeLorean. He enjoyed “creativity” in the kitchen from making watermelon baskets for laboratory staff parties to his famous Christmas cheeseball which everyone still looked forward to.

Bernie is survived by his wife Linda, daughter Rebecca Banks D’Andrea (Ben) Brooklyn, NY and son William Banks (Rebecca) Reading, PA. His four grandchildren include Zoe and Olivia Banks and Jonah and Hazel D’Andrea, sister in law and brother in law Bonnie (Lee) and Ronald Reed of Shippensburg, one niece and nephew, and several cousins.

Services will be private and held at the convenience of the family at Second Presbyterian Church.

In lieu of flowers, memorial contributions may be made in memory of Bernie to Second Presbyterian Church Memorial Fund, 528 Garland Drive Carlisle, PA 17013.