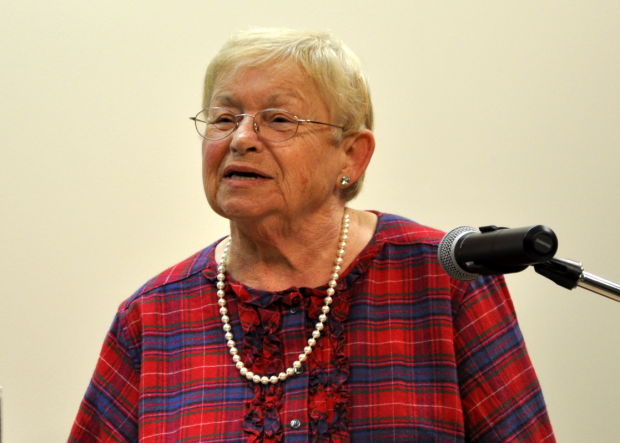 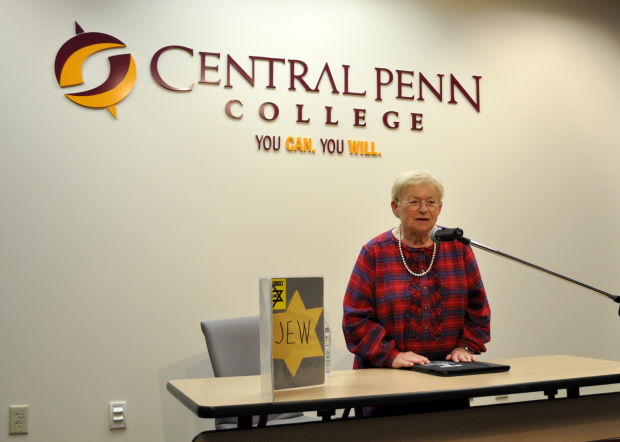 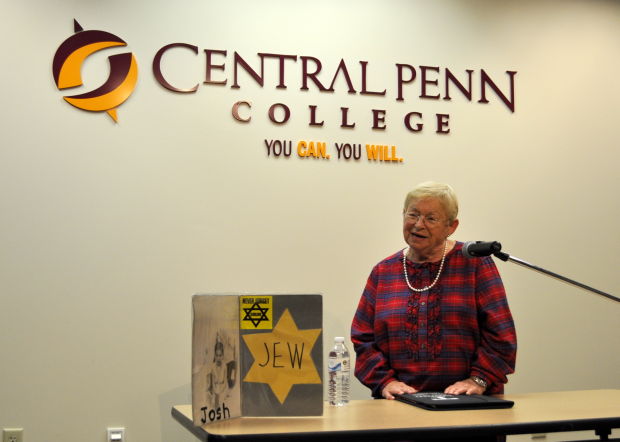 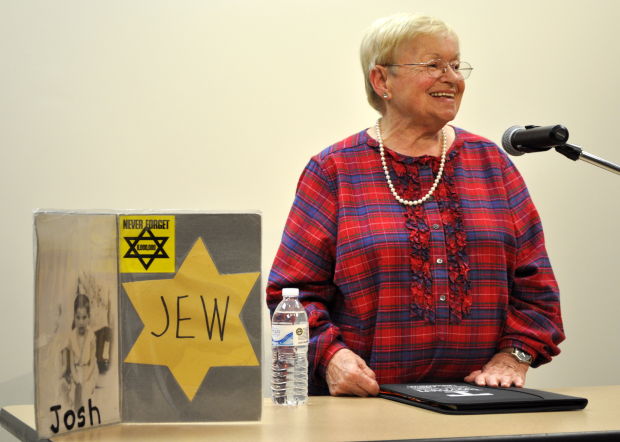 The Angel of Death looked slim and fit in his spotless uniform.

Dr. Josef Mengele greeted the new arrivals with a cruel face, vicious dogs and a whip held firmly in one hand.

Hilda Mantelmacher, of Harrisburg, remembers that day in the Auschwitz death camp in Poland when Mengele made each choice passing judgment upon the Jews.

“If he whipped to the left side ... you die immediately ... You were sent to the gas chamber,” the Holocaust survivor told students at a special diversity presentation held recently on the campus of Central Penn College.

“A whip to the right side ... You live in torment for a little while longer in slavery,” she recalled. “None of us had the slightest idea of the sinister meaning behind the pointing.

“The only way out of Auschwitz was up the chimney – first the gas chamber and then the crematorium,” she said of the victims. “I was separated from my parents and my little brother. I never saw them again. I don’t even have a grave to visit. I know they are in Heaven because they had Hell on earth.”

As for Mantelmacher and those in the right line, they were destined for slave labor. Their fate was to waste away slowly, dying of hunger, thirst, exposure and disease. Some took poison to hasten the inevitable while others threw themselves onto the electric fence.

Names were replaced by numbers. Street clothes were replaced by standard issue prison garb and wooden clogs that caused blisters. Hair was shaved from the heads of victims and shipped off to Germany for mattress and pillow stuffing.

“We had no blankets ... no pillows ... just wooden bunks,” Mantelmacher said. “I spoke to God in secret. Life under the threat of the smoking chimney was draining what little strength we had left. Hunger is bad, but thirst is worst. We tried to remember what food and water tasted like.”

The daily ration was often just a scrap of bread and a bowl of watery soup made from turnips. For many, the dying wish on parched lips was for their mother to give them a glass of water, Mantelmacher said.

Every so often, the slave laborers of Auschwitz could hear in the distance air raids by Allied aircraft as Nazi Germany drew closer to defeat.

“Every bomb that exploded filled us with joy and gave us confidence in life,” she said. “We knew somebody was going to survive.”

Somehow Mantelmacher managed to live in a death camp in Poland that claimed more than 1 million Jews, but she was also heading to another camp. She was transferred to the Bergen-Belsen concentration camp in northwest Germany, where the Nazis left their dead sit out in piles unburied. Here and there, she could see occasional movement and sometimes even a hand reaching out from the tangle of corpses.

Whereas before prison camp staff denied the inmates food, they quickly promised extra rations for those willing to dig pits and bury the dead, Mantelmacher said. She said the sudden change of heart had more to do with them wishing to hide the evidence of atrocities from the rapidly advancing Allied armies.

“The girls were tasked with removing the dead,” Mantelmacher recalled. “We dragged the bodies on the ground.”

Bergen-Belsen was liberated by the British Army in April 1945.

She was invited to speak on Oct. 22 by part-time general education professor Darrel Showers who teaches a history course titled “Remember: A Retrospective of the Holocaust.” At first, the plan was to have her talk in front of the class as a guest lecturer, but the decision was made to share her message with the broader campus community, said Sarah Douglass, college spokesperson.

Central Penn recorded the presentation and posted it on the Internet at www.youtube.com/centralpennknight so it could be made available to the public, as well as students who commute, take courses online or are enrolled in off-site classes in Lancaster and the Lehigh Valley, Douglass said. A Jew born in the former Czechoslovakia, Mantelmacher explained how her country was free and Democratic before it was annexed by Nazi Germany. Persecution soon followed, including the looting of property, the taking away of civil rights and the forced relocation of Jews into ghettos. She was only a child when it happened.

“I had to wear a yellow star so everyone would know that I am Jewish,” Mantelmacher recalled. “My friends would not play with me or look at me anymore. Even today, it is still painful because my friends just turned away from me.”

From the start, it was clear that Nazi Germany was bent on the destruction of European Jews and made it a major goal of World War II. Mantelmacher remembers how her father had set aside a secret place for the family.

“We listened for the footsteps of approaching Nazis and quickly ran and hide,” she told her audience. “We huddled together like frightened little animals and prayed that the Nazis wouldn’t find us.”

Eventually, her family was gathered up and isolated in a ghetto before they were taken to a rail head and loaded onto cattle cars bound for Auschwitz. So many people were crammed into each car that every individual had to sit or stand in place for three days straight without moving. They lacked water, food and sanitation.

“People relieved themselves where they were standing,” Mantelmacher said. “The cattle car became like a sewer in only a couple of hours.”

For many years, Mantelmacher kept silent about her experiences. That all changed when she saw a TV program where two men denied the Holocaust even took place. It was a call to action.

“I heard this, and I knew I had to talk about it,” she told the students. “This inhuman, terrible crime must never ever happen again. The victims were killed once. They must not be killed again through forgetfulness.”

There are those who ask Mantelmacher how she could continue to have faith in light of what happened to her.

“God was always with me so I was never alone,” she said. “Six million Jews were killed, and God wanted me to survive. As long as God will give me my health and my strength, I will continue to tell my story.”

Shoah is the Hebrew word for catastrophe and a synonym for the Holocaust. The public is welcome to donate a gift to Survivors of Shoah in Hild…