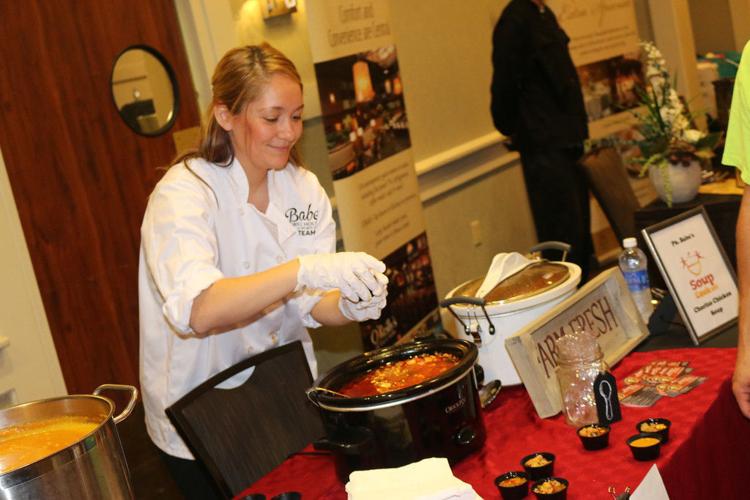 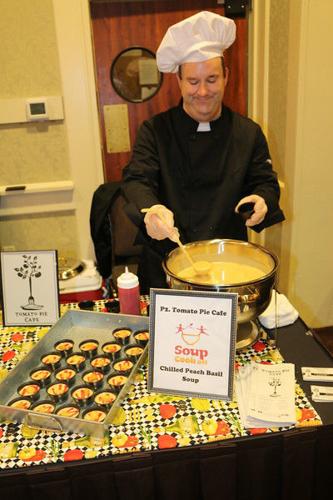 “Only the pure in heart can make a good soup.”

Ludwig van Beethoven is credited with that statement, and if the composer were alive today, he’d likely smile to learn that dozens of pure-hearted cooks, both amateur and professional, will gather together under one roof to benefit the Keystone Musical Arts Center.

The KMAC Soup Cook Off will take place from noon to 4 p.m. Sunday, Jan. 31 at the Park Inn, 5401 Carlisle Pike, Hampden Township.

Soup Cook Off creator Gwen Forlizzi has had such great success with The Annual Cystic Fibrosis Soup Cook Off held in Harrisburg that she decided to expand the event to benefit other charities, and that’s when Keystone Musical Arts Center contacted her to coordinate its inaugural cook off.

Guests will have the opportunity to sample more than 40 soups, stews and chilies and then vote for their favorites. Chefs whose culinary creations receive the most votes will receive trophies and prize money.

Doris Deardorff is looking forward to the event. The amateur cook will bring a curried sausage potato soup with apples and onions, and a dessert soup, made with red-wine poached pears and mulling spices.

“I love to cook and this gives me a chance to do what I love, meet other people and benefit a good cause,” said Deardorff, who has competed in cook-offs in the past.

Her secret to making a good soup is keeping her finger on the pulse of the community when it comes to flavor trends. “Indian flavors are very popular right now,” she said.

She also believes that a good soup shouldn’t be rushed. “I’ve been experimenting for several months now,” said the Harrisburg resident who relies on her daughters, neighbors and co-workers for feedback.

KMAC Executive Director Terry Selders said proceeds will help his organization build out its new West Shore facility located near the Hampden shopping center. “The new facility will make possible the addition of group classes, ensembles, plus music therapy and homeschool programs that are greatly needed in the community.”

Doug Krick Jr., of Dodge City Steakhouse, who hadn’t yet decided on what he was bringing to the cook off, said his secret to a good soup is an even balance of flavors. “Not too spicy or salty. It’s also important to get the right level of stock to cream, and herbs to protein.”

Krick said he enjoys competing in the soup cook offs and is especially delighted when people smile and return for seconds.

Other participating restaurants include Carrabba’s Italian Grill, which will offer a spicy lentil soup, and Susquehanna Seasonal Grill and Wine Bar, which will offer a butternut squash soup. MoMo’s BBQ & Grill will compete with a Texas Brisket Chili and a BBQ Shrimp Bisque, and Isaac’s will serve up its popular Pepperjack Tomato.

During the event, teachers, students and friends of the musical center will entertain the crowd with acoustic music. Performers include Shea Quinn (The Luv Gods), Jeff Feltenberger (The Badlees) and Phil Freeman (Small Town Titans).

Water, tea and sodas will be provided at no extra charge, and a cash bar will be open for wine and other beverages. Drawings will be held for gift baskets filled with items donated by local merchants and organizations.

“It’s the perfect time of year for this, and Gwen does a good job putting the soup cook offs together,” Krick said.

Tickets can be purchased online for $10 at http://thesoupcookoff.com/tickets, or $15 at the door. Children ages 5 and younger are admitted free.

One of its first events of Pride Month drew a crowd to the Penny Gallery with the opening of the exhibition "Prisms & Pride."

New this week: 'Only Murders in the Building,' 'More Power'

This week’s new entertainment releases include a new album from Imagine Dragons, a partial “Home Improvement” reunion and the return of Hulu’s “Only Murders in the Building.”

The lunch menu features shareables, bowls and sandwiches with a good selection of vegan and vegetarian options.

Maya Hawke: I 'wouldn't exist' if my mom Uma Thurman didn't get an abortion

Tim Allen slams ‘Lightyear’ after being replaced by Chris Evans

Tim Allen slams ‘Lightyear’ after being replaced by Chris Evans