Become a Member
Read Today's E-edition
Share This
Messiah College students, graduates to create another film
0 Comments
Share this
1 of 2 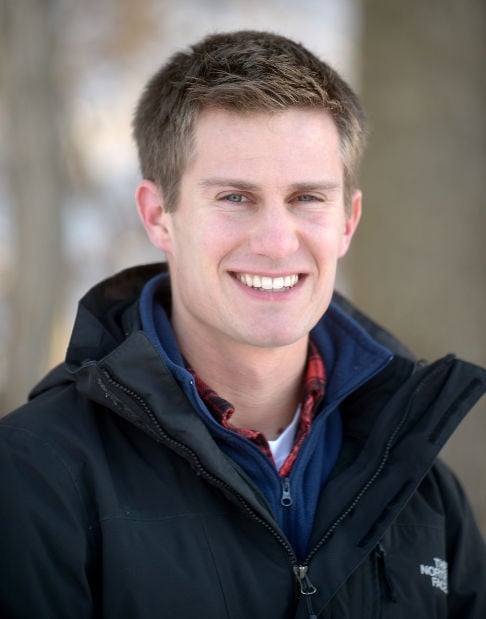 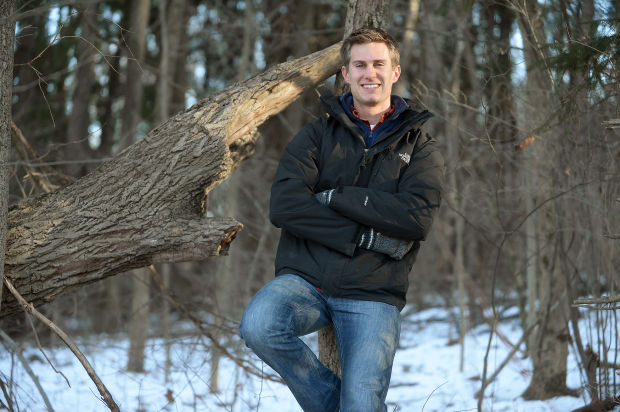 GRANTHAM — After “Palace” successfully premiered at the Carlisle Theatre last year, the Messiah College film crew is ready to take on another project — and hope to premiere another film at the theater.

The project started with Rolando Vega, of Bridgewater, N.J., who directed “Palace,” a short film about a dying community theater that was shot and premiered at the Carlisle Theatre. He is back as the producer and co-executive producer to help bring to life a world thought up by Messiah College alumnus Mike Ortiz. The other executive producer, Ortiz, who lives in Los Angeles, created the science-fiction universe about 10 years ago. The universe is called the Dragoon Universe, where bio-engineered super soldiers, whose entire culture exists around martial perfection, are one of the inhabitants.

Ortiz approached Vega about producing a 20-minute short film introducing people to this universe, and Vega told Ortiz he was interested. The pair brought in Mitch McClure, a senior at Messiah, to direct.

“I told (Ortiz) about Mitch, who needed a film to direct, and this is where we are,” Vega said. “We’ve combined forces, and Mitch is the director because we feel he is an extremely creative and talented individual that can make the greater vision of this a reality.”

The film takes place in a post-apocalyptic world where mankind is working to reform itself into a new society. There is a war going on between the Dragoons and Guardians, sentient machines, that want to help humanity. During the war, Claire, the wife of a human soldier, struggles to find the body of her husband after she is told he has been killed in battle, Vega said.

“The government cannot retrieve his body yet because the battle is too fierce,” he said. “We wanted to mirror the realities that widows today also face with the war that is going on in the Middle East. We wanted to showcase her grief, her sense of loss and how she comes to grips with it. It’s a film anyone can relate to.”

Films require a lot of money and crew, so when it came to finding people to work with him on “Downward,” Vega said he has kept an eye on the students he sees at Messiah who could have the kind of skills he needs for his next film. Vega is also big on networking — something he said helped him on “Palace” and “Downward.”

“A lot of these people are students,” he said. “I’ve made sure that I’ve kept an eye on the really talented ones and maintain my contacts with them specifically. Mitch McClure, ... is an extremely talented cinematographer and extremely talented director. That’s why I decided to partner up with him in producing ‘Downward.’”

McClure said he wasn’t required to put together a senior project to graduate, but he wanted to do it because that’s the best way to learn. The Roanoke, Va., resident said he picked up so much from working as the director of photography with Vega on “Palace,” that he thought directing a film would teach him more and be good for the program at Messiah.

“I thought this would be a great opportunity — and exciting too, I like the script,” he said. “I just wanted to do something big. With ‘Palace’ last year, that was such a big project for the school and the program, we really hated to build up all that momentum and just not do anything the next year. You learn a lot in class, but you learn so much more in just a few days on set and actually being around filming — it’s just incredible. It’s the only way to really learn.”

Vega, a recent graduate, majored in film and media arts. Vega aims to use his experiences at Messiah, as well as at an internship in Los Angeles, to fuel his desire to start a production company and make feature length films. However, he understands that sometimes production companies take a lot to get off the ground, so he plans to work with other companies as well.

With filming beginning Saturday in the Mechanicsburg area and funding just coming in from their Kickstarter campaign, the crew is getting excited about starting, McClure said. He said the best part for him will be when they start the filming and editing, because he enjoys that aspect of film-making the most.

“Now I get to have my hand in a bit of everything,” McClure said. “(I get to) really make the script come to life. I know there’s ways to completely ruin a good script and you can also make a bad script better shooting it. So, I just can’t wait to get to shooting and editing and all that.”

Tim Roth says he never expected to return to Marvel

Tim Roth says he never expected to return to Marvel