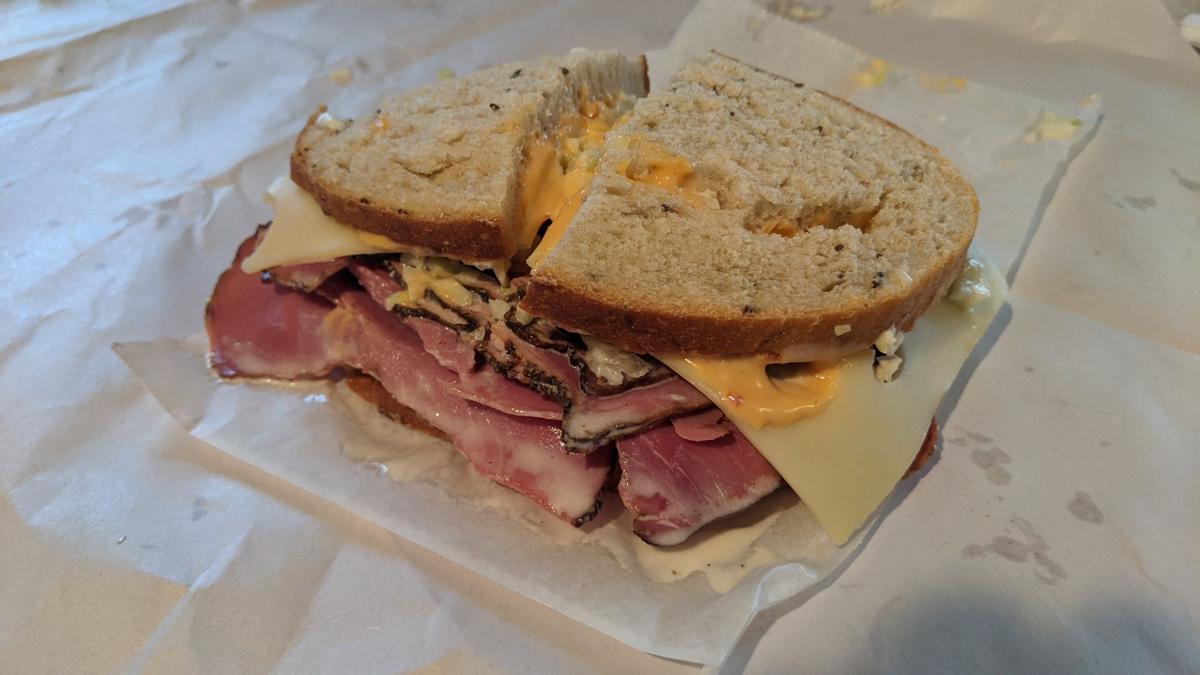 The Big New Yorker Reuben is served with pastrami instead of corned beef. 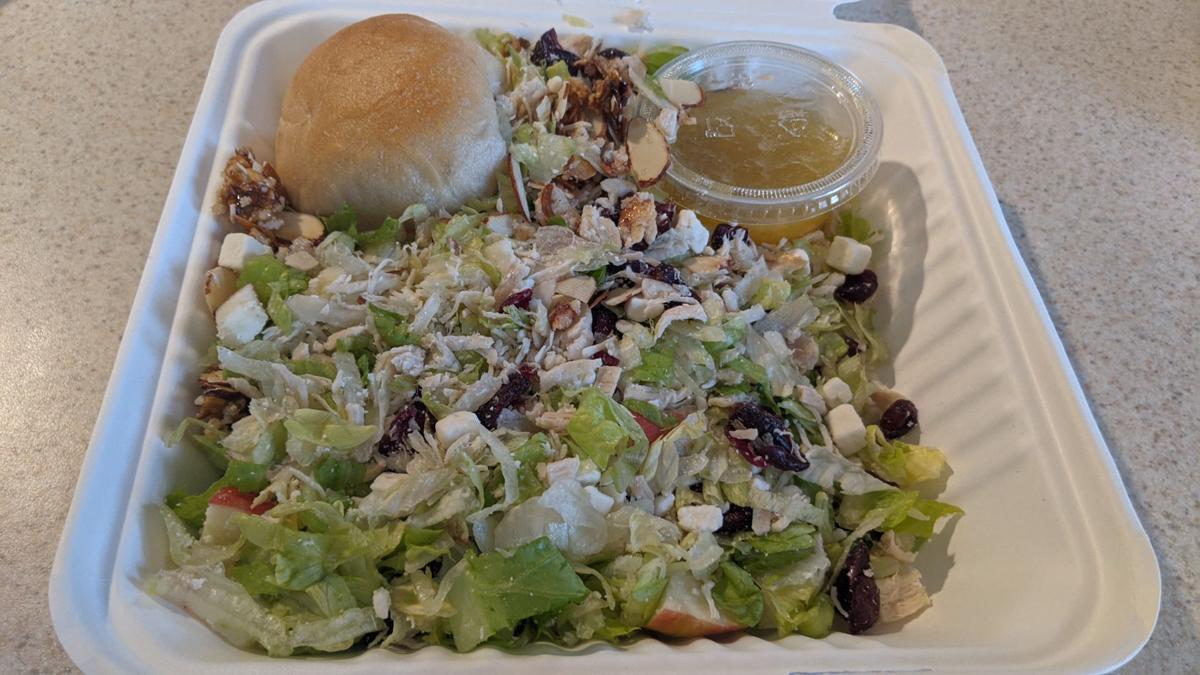 Stefanie Kalina-Metzger For The Sentinel

It’s not often that I order a lunch “to go” at the West Shore Farmers Market, but I decided to do just that as part of my column this week.

My choice was influenced by my husband, who recently raved about an old-school staple that he craves a few times a year. He said the egg salad sub that he ordered at the Market Street Deli was delicious and suggested that we try a few of their other selections.

Saturdays at the market are particularly busy, so when I arrived at the Market Street Deli stand, I wasn’t surprised to see a line of customers seven deep, waiting for sandwiches ranging from subs, to clubs, to Reubens and wraps.

Customers can choose from “Market Street Favorites,” like the classic grilled cheese made with American, provolone and cheddar, or the Notorious P.I.G., crafted with pork tenderloin, honey baked ham, swiss cheese, pickles and yellow mustard, served on a grilled panini roll. If that doesn’t tempt your tastebuds, perhaps an Italian beef sandwich made with Shaffer’s angus beef soaked in banana pepper au jus, topped with provolone and served on a Philly sub roll will get make your mouth watering.

Discerning Diner: Chicken served every which way in Lower Allen

If you’re more of a “build your own” type, there are plenty of options to customize your sandwich. Market Street Deli offers 10 meat selections, including roast beef, ham and turkey, that can be served on wraps, hoagie rolls, ciabatta, multigrain, rye, honey wheat, country, white and sourdough.

Those who are low-carbing it can choose from a selection of chopped salads, with classics like Caesar, chef’s and Greek. “Market Street Specials” include Kristin’s Salad, made with romaine, diced and grilled chicken, apples, cranberries, toasted almonds and crumbled blue cheese, topped with house made apple cider vinaigrette, and the Market Street Salad with romaine, diced egg, shredded cheddar and toasted almonds served with a honey mustard vinaigrette.

When we stepped in line to place our orders, we were pleased to see that things were humming right along like a well-oiled machine. Within seven minutes we were stepping up to the stand and placing our orders. He chose the New York Reuben, described on the menu as having slow-roasted corned beef, swiss cheese and sauerkraut, topped with Thousand Island dressing and served on grilled rye bread ($8.99). I selected Kristin’s chopped salad, substituting the blue cheese for feta ($7.99).

I watched curiously as the employee chopped my salad into little bits with a mezzaluna. When I got it home and tasted it, I realize what I’d been missing. It was delicious, easy to eat and all of the flavors melded harmoniously to make it a truly craveable salad.

The experience piqued my curiosity about the origins of the chopped salad. I learned that we can credit La Scala, a high-profile Italian restaurant in Beverly Hills, that created it when mid-century modern was popular (the first time around). Restaurateur John Leon began serving it to stars, who typically wore evening dresses and tuxedos and complained that salads were too messy to eat. Fans of the dish said they liked the fact that they can get a well-distributed bite in every forkful.

The popularity of their chopped salad hasn’t waned much over the years. Prior to COVID-19, La Scala was serving about 400 chopped salads a day.

As for the other deli favorite, the Reuben, that is said to have originated when a group gathered to play poker at the Blackstone Hotel in Omaha, Nebraska. One of the players named Reuben Kulakofsky called the kitchen for something to eat and was presented with the now-famous sandwich. He loved it so much that it ended up on the hotel menu, and much later (in 1956) it won the National Restaurant Association’s National Sandwich Idea Contest.

The Market Street Deli’s twist on the Reuben is to substitute pastrami for corned beef. Now whether that would sit well with Kulakofsky is debatable, but my husband certainly enjoyed it. “I loved the super tender, very thinly sliced pastrami that was piled at least an inch high, if not more. The ingredients in the sandwich were perfectly balanced,” he said.

If thumbs up from the both of us isn’t enough to convince you to visit the Market Street Deli, perhaps the fact that it won Harrisburg Magazine’s Reader’s Choice award for Best Deli, not once, but twice, in 2019 and 2020, will. Fans who voted for them might just say that they put the “deli” in delicious, and we would agree that the accolades are well deserved.

Next Up: Lemoyne Family Restaurant

"What I also learned is that the restaurant accepts cash only and is run by a father and son team who open it on Saturdays and Sundays for breakfast and lunch."

The Big New Yorker Reuben is served with pastrami instead of corned beef.