Photography is one of the most versatile art forms since it can create fantasy and beauty, as well as hold a mirror to harsh realities and tragedy.

The Susquehanna Art Museum is currently playing host to two very different exhibitions of photography of urban landscapes and photojournalism, both of which tell stories using striking images.

Peter Ydeen is a photographer based in Easton, Pennsylvania. He works within the now established tenants of Urban Landscape Photography, which celebrate both the complexity and romanticism of the mundane world.

“Dreams: Selections from Easton Nights” features a selection of works Ydeen has been photographing in the Easton area since 2015.

Ydeen explores the communities at night, discovering the ethereal presence of contrasts and colors. As if lighting a classical still life or stage set, Ydeen takes advantage of the lights in the city that highlight his subjects. In “Pink Line,” the night is bathed in the pink light emitted by the neon of a used car lot and garage. Ydeen not only uses the glowing light but also the lines of the building to expertly compose the image.

These scenes share a familiarity with countless American cities during the quiet of night. Easton becomes a silent city lit in unreal color in “Looking Down Wolf” as streetlights illuminate the early dawn hours in a sleepy working class neighborhood.

The temporarily abandoned spaces reflect the citizens who built and occupy them during daylight. In “It’s a Nice Night for a Picnic,” an outdoor umbrella and table bask in the glow of a nearby billboard on the roadside. In the distance, tractor trailers parked in loading docks await the next shift of workers.

“Dreams” highlights the remnants of decades of development and subsequent decline that offer a portrait of a community in transition. According to Ydeen, creating the series was both “addictive and cathartic.” What started as a photographic exercise became “an intimate interaction with the quiet shapes and exotic lights of a sometimes-forgotten American city.”

“Dreams: Selections from Easton Nights” by Peter Ydeen is on view in the DeSoto Family Vault of the museum until Jan. 12, 2020.

In the Main Upper Gallery of the museum, “War is Only Half the Story” tells the incredibly moving stories of the people left behind after the cameras have moved on from a war zone.

The exhibition is a 10-year retrospective of the work of the groundbreaking documentary photography program The Aftermath Project. The project was founded to help change the way the media covers conflict, as well as to educate the public about the true cost of war and the real price of peace.

Drawing on photographs from 40 photographers, these personal and often poetic post-war views unveil not only another side to the devastating effects of war, but also tell the stories of people coming together to rebuild and heal. Isabel Kiesewetter’s “Conversion” depicts a former Soviet military facility repurposed to house a sheep farm. It shows what was once used to hold tools of destruction now transformed into a space for growth and prosperity for the community.

From Adam Patterson’s series “Men and My Daddy,” a photograph captures a mural of the Ulster Defense Association being painted over by the association to erase the memories of violence in Northern Ireland. They are doing this throughout the community in the spirit of reconciliation and healing.

The exhibition also gives visibility to those coping with the lingering ramifications of conflict. In Davide Monteleone’s “Red Thistle: The Northern Caucasus Journey,” gymnasium walls are marred by bullet holes with the photos of those who were victims of a terrorist hostage situation in the Russian Federation are displayed, both a constant reminder of tragedy.

Stanley Greene has also captured how the remnants of war lingering on in “Human Scars.” Years earlier Green photographed the fighting in the village of Samaschki, and 20 years later he has photographed a group of young boys playing “fighter” along the same section of wall, still riddled with the bullet holes from the conflict. For these children, the reminders of the violence of the past have sadly become a part of their everyday life.

War not only affects communities but individuals as well. Jessica Hines tries to come to grips with the U.S. war in Vietnam, which led to the post-war suicide of her brother, a Vietnam War veteran. In “My Brother’s War,” Hines takes items owned by her brother that were kept by her mother and places them in context of her own trips to Vietnam in order to try and connect to his experiences. Here, a 1960s Army-issued pair of glasses overlays a map of Chu Lai, providing a metaphor for her brother’s experiences during the war.

“War is Only Half the Story” shows that photojournalism has the ability to make an audience gain a greater understanding of the issues of the past and present while still providing stunning images. It is the power of imagery that brings to light these conflicts, as well as their aftermath, which often are sadly neglected long after the headlines move elsewhere.

“War is Only Half the Story” is on view in the Main Gallery of the Susquehanna Art Museum until Jan. 19, 2020.

The Susquehanna Art Museum is located at 1401 N. Third St., Harrisburg, and is open to the public from 10 a.m. to 5 p.m. Tuesdays to Saturdays, with extended hours on until 7 p.m. on Wednesdays, as well as from noon to 5 p.m. on Sundays.

There is free admission this Friday during Third in the Burg from 5 to 8 p.m.

Free parking is available in the lot immediately adjacent to the rear of the museum at Calder and James streets. General admission is $8; $5 for teachers, seniors and veterans; and free for children younger than 12. For additional information on the museum and the exhibition, visit its website at susquehannaartmuseum.org.

Joseph George holds a degree in history and art history from Dickinson College. He and his wife, Barrie Ann have spent over 30 years together traveling and visiting art galleries locally and throughout the world. They have been writing about the local art scene for seven years. Their tastes range from fine art to street art.

Discerning Diner: Basil Leaf Thai Cuisine serves up dishes with side of hospitality

I don’t know about you, but I’m happy to return to some semblance of normalcy where we can sit down inside a restaurant and enjoy a nice meal.

The Sierra Madre Saloon has been a mainstay in our area for decades, but it’s been some time since I visited the establishment.

Once again, Founding Father Alexander Hamilton is providing hope for America’s future — this time not in the creation of a democracy, but rath… 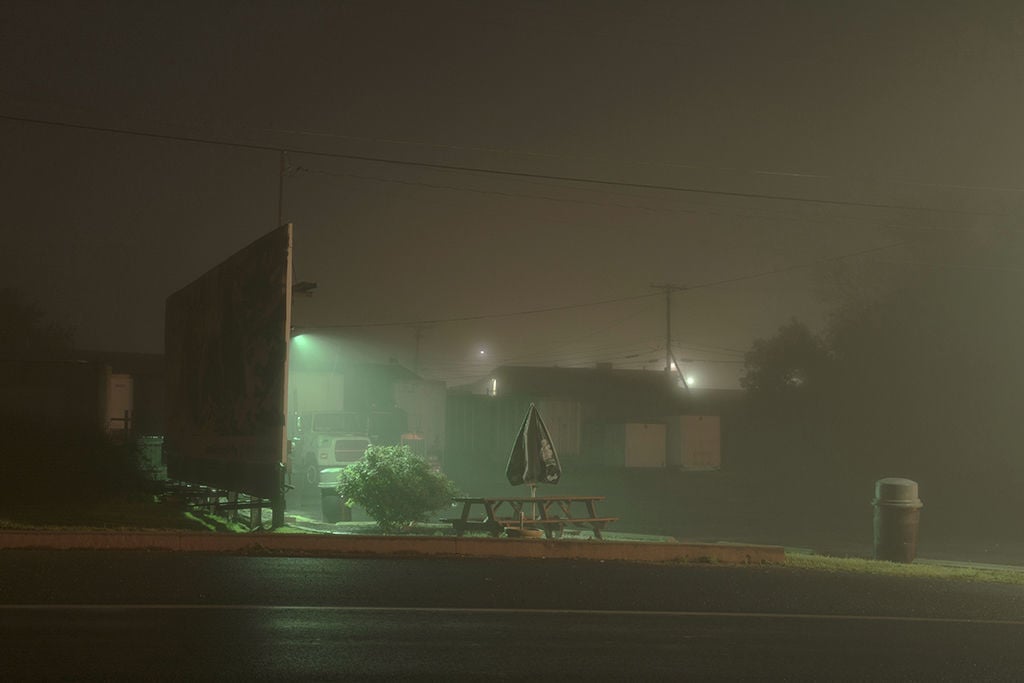 "It's A Nice Night for Picnic" by Peter Ydeen is included in "Dreams: Selections from Easton Nights" on exhibit at the Susquehanna Art Museum until Jan. 12. 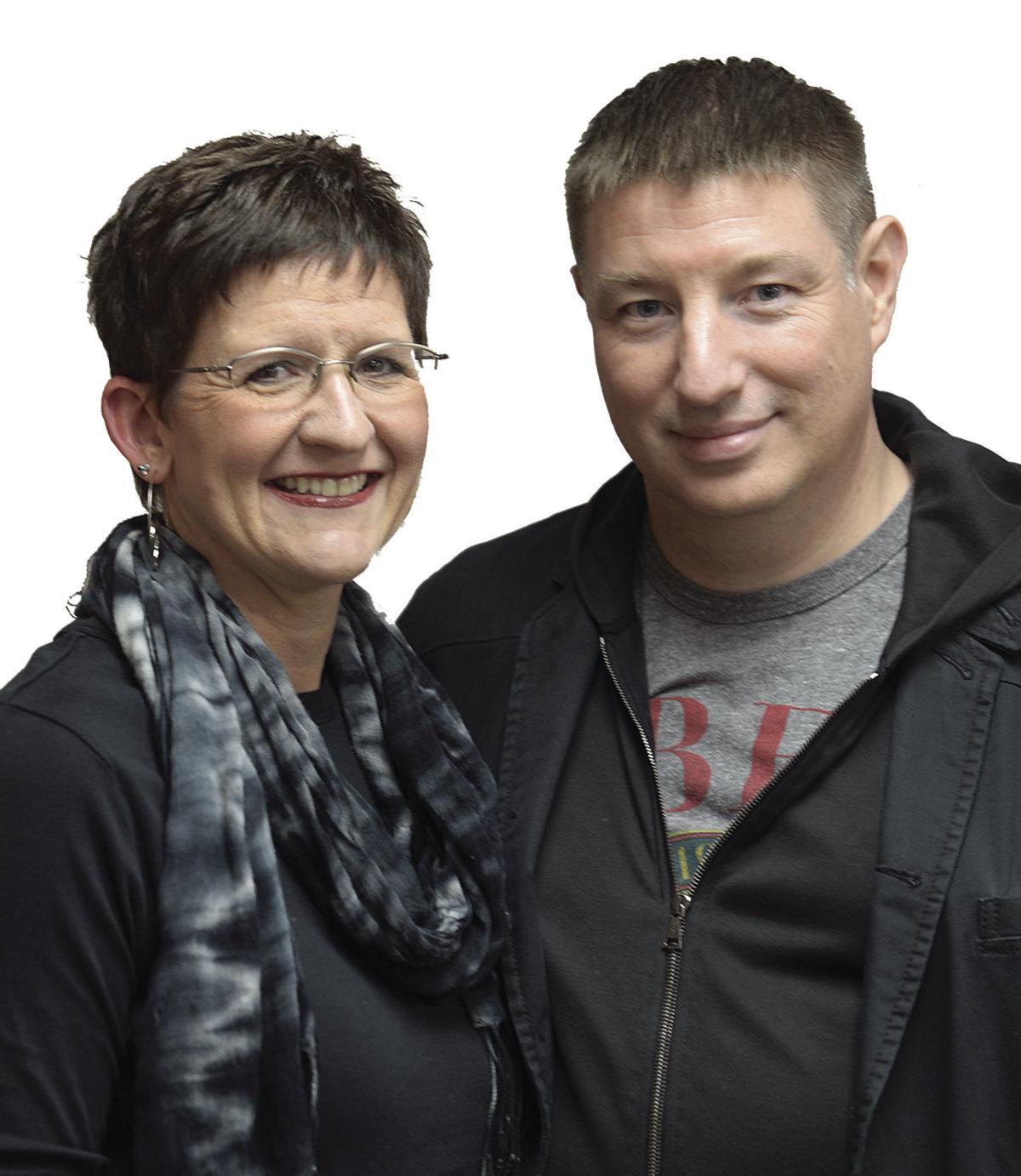