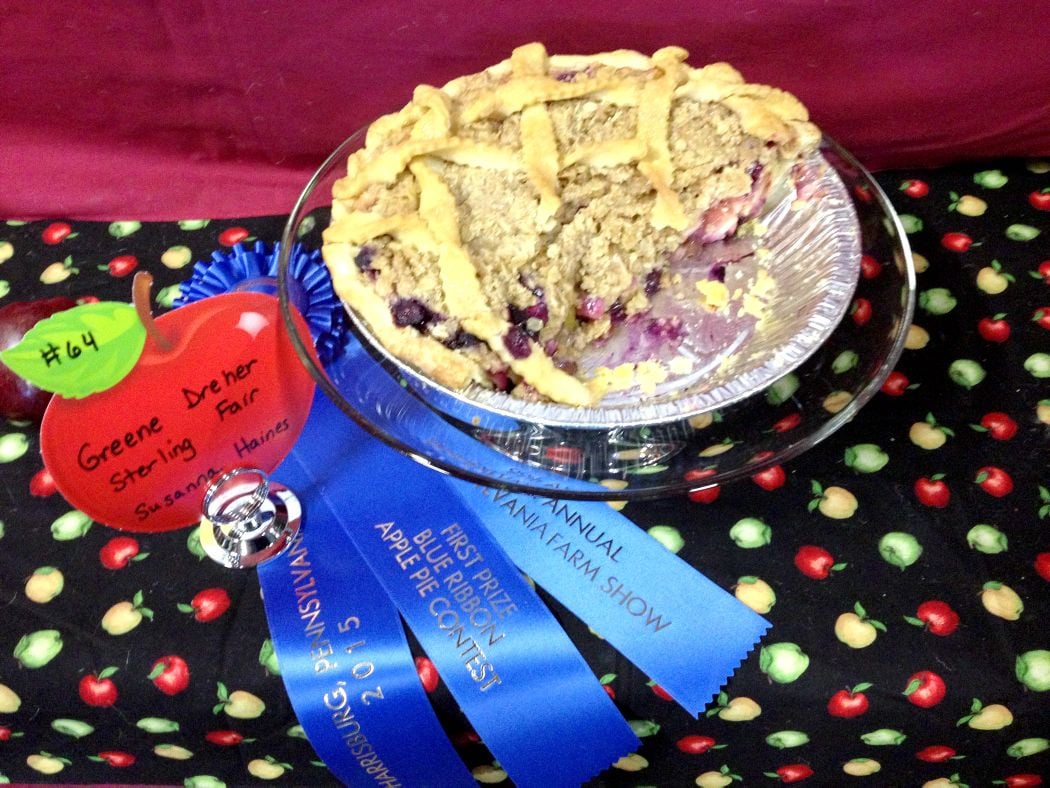 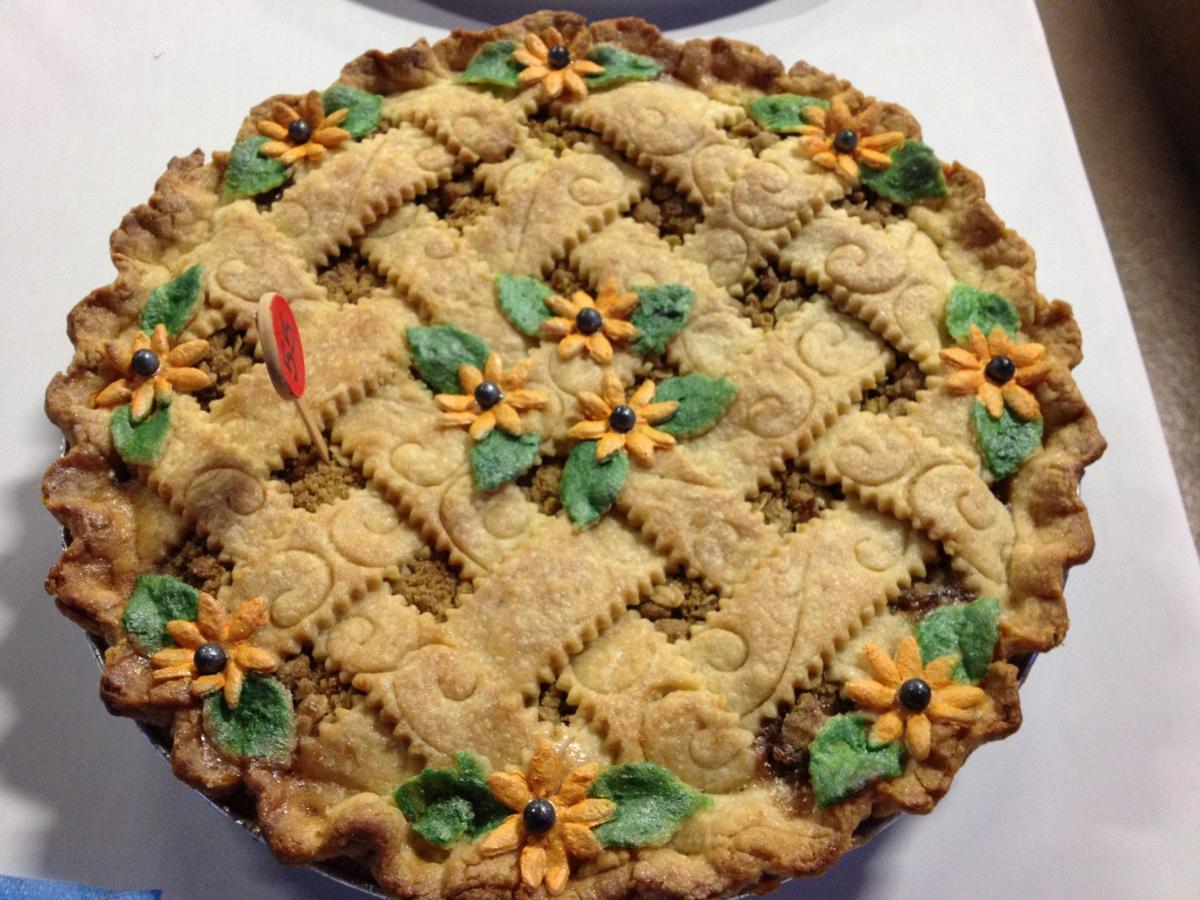 An apple pie entry for the Farm Show.

HARRISBURG — A Lackawanna County woman who thinks outside the pie crust won the Blue Ribbon Apple Pie Contest Saturday on the opening day of the 99th Pennsylvania Farm Show.

Susanna Haines of Madison Township beat 74 other pie bakers from throughout the state to win the contest, which is considered the Super Bowl of Pennsylvania baking.

Haines, who likes fruit, made a blueberry, apple and peach pie, which the five judges declared the best in the state. She won $500, a blue ribbon and bragging rights.

The contest, sponsored by the Pennsylvania State Association of County Fairs and the Pennsylvania Apple Marketing Program, is only open to certified first place winners from Pennsylvania’s community and county agricultural fairs the previous years

Contestants watched intently as judges went about their tasty chore, sampling each entry and evaluating it on appearance, color, flavor and texture of crust, doneness of bottom crust, consistency, doneness and flavor of filling.

Faye Resinger of Loysville, who took first place in the apple pie contest at the Perry County Fair, entered her favorite apple pie, which uses Granny Smith apples. Asked the secret to a good apple pie, she smiled.

“I use Crisco and ice water in my crust,” she said. “I chill the crust dough while I make the filling. I add a beaten egg, some flour, vanilla, white sugar, brown sugar, salt and baking powder to the filling. It’s also important to cut the apples small.”

Stacie Hart of Muncy made an apple sticky bun pie because “I like apples and I like sticky buns so I put them together. I made sticky bun goo, tossed the apples in and put the goo on top.”

Hart said contestants need to “figure what people like and make it. In 2013, I made an apple blackberry cheesecake pie because people like cheesecake. I got fourth prize that year.”

Connie Shuff of York, a frequent winner and sometimes judge, made a cinnamon bun apple pie with an oil crust. Shuff, author of the “Connie’s Creations and Collectables” cookbook, said she uses Yellow Delicious apples.

Kevin Bieber, contest coordinator and announcer, said the apple pie contest is popular with bakers and the public alike.

“Apple pie is a classic, an American tradition,” he said. “We have a real mix of pies, apples with cranberries, raisins, cherries, pecans and blueberries.” He said the public enjoys the free pie samples given out at the contest conclusion.

Mix together salt and flour. Using a pastry blender, cut in cold shortening until the size of peas.

Beat egg with a fork in a small cup, add vinegar and water and whisk until well blended. Add the water and egg mixture gradually to the flour mixture. Shape into ball. Refrigerate at least one hour. Roll out dough.

Heat oven to 400 degrees. Put all crumb topping ingredients except milk in a medium bowl, then use pastry blender to cut in butter until mixture looks like fine crumbs. Sprinkle toping on pie and press down lightly. Make lattice top and brush with milk. Sprinkle with coarse sugar.

Bake for one hour or until crust is golden brown and apples are soft.

Cumberland County’s beverage scene has exploded in recent years. Breweries, in particular, are doing quite well, with the county ranking numbe…

An apple pie entry for the Farm Show.