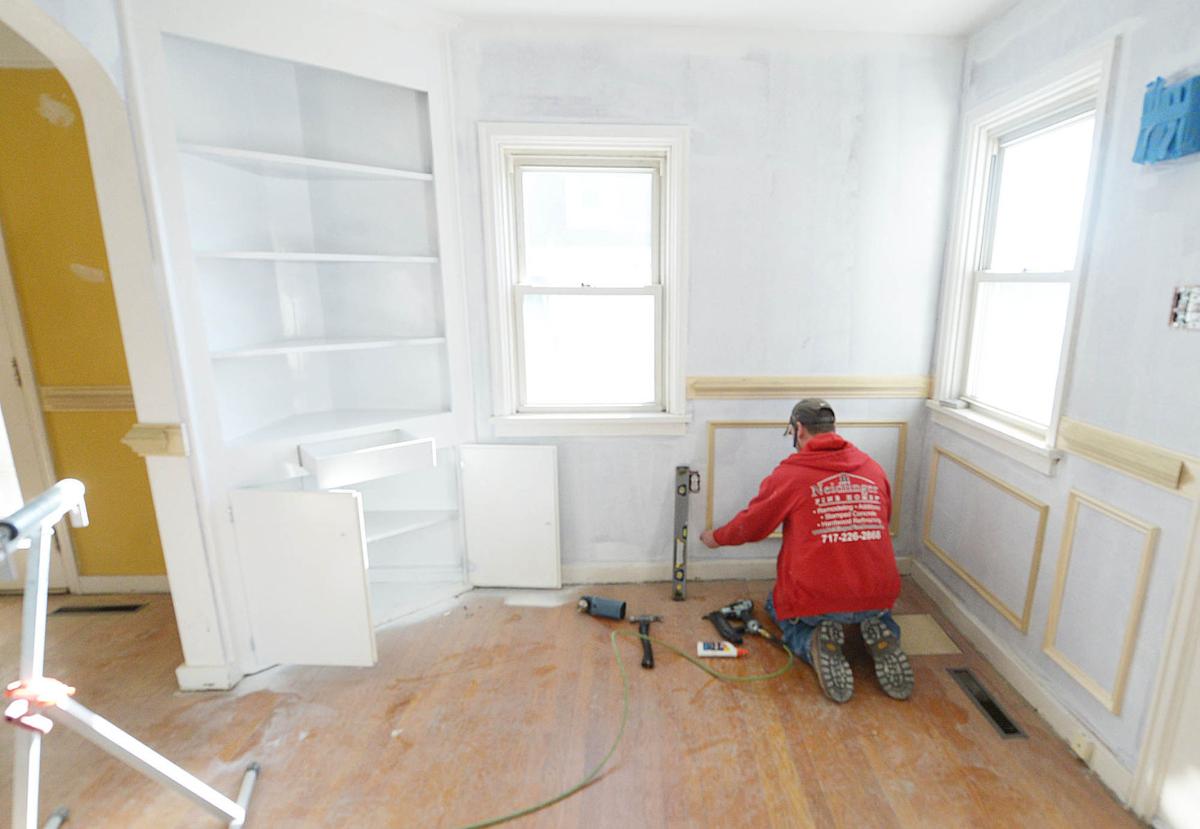 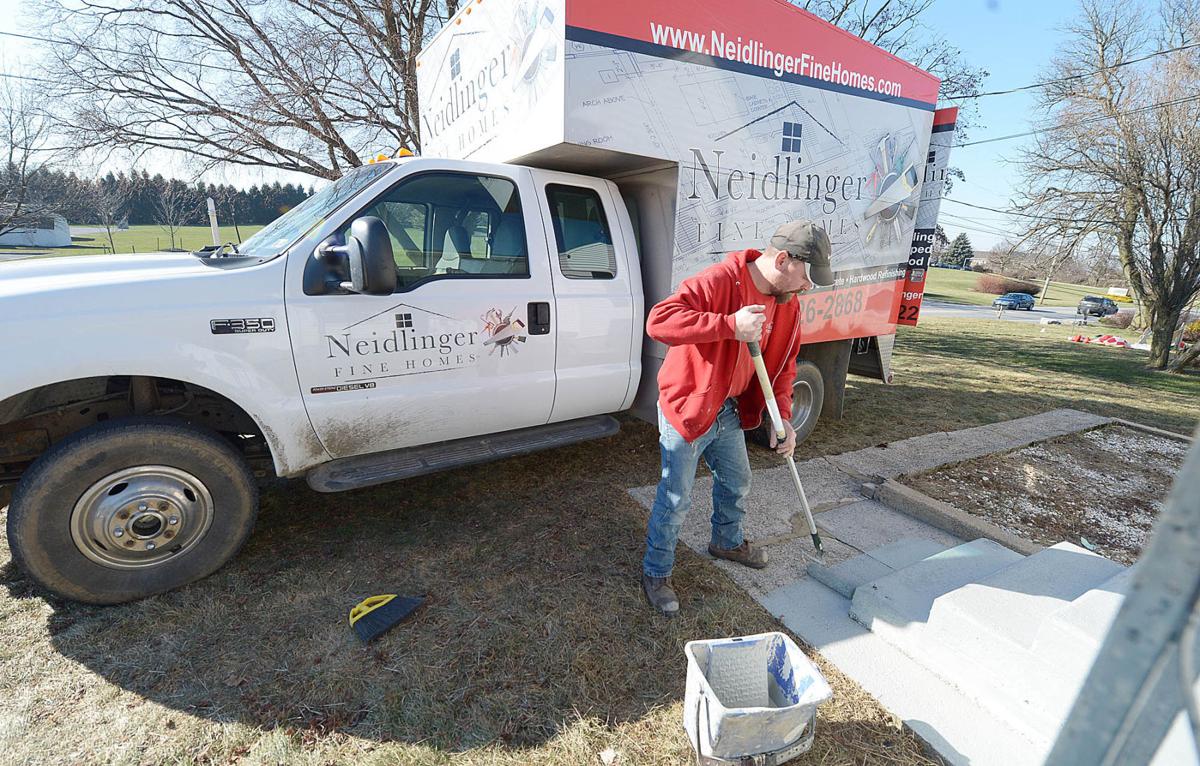 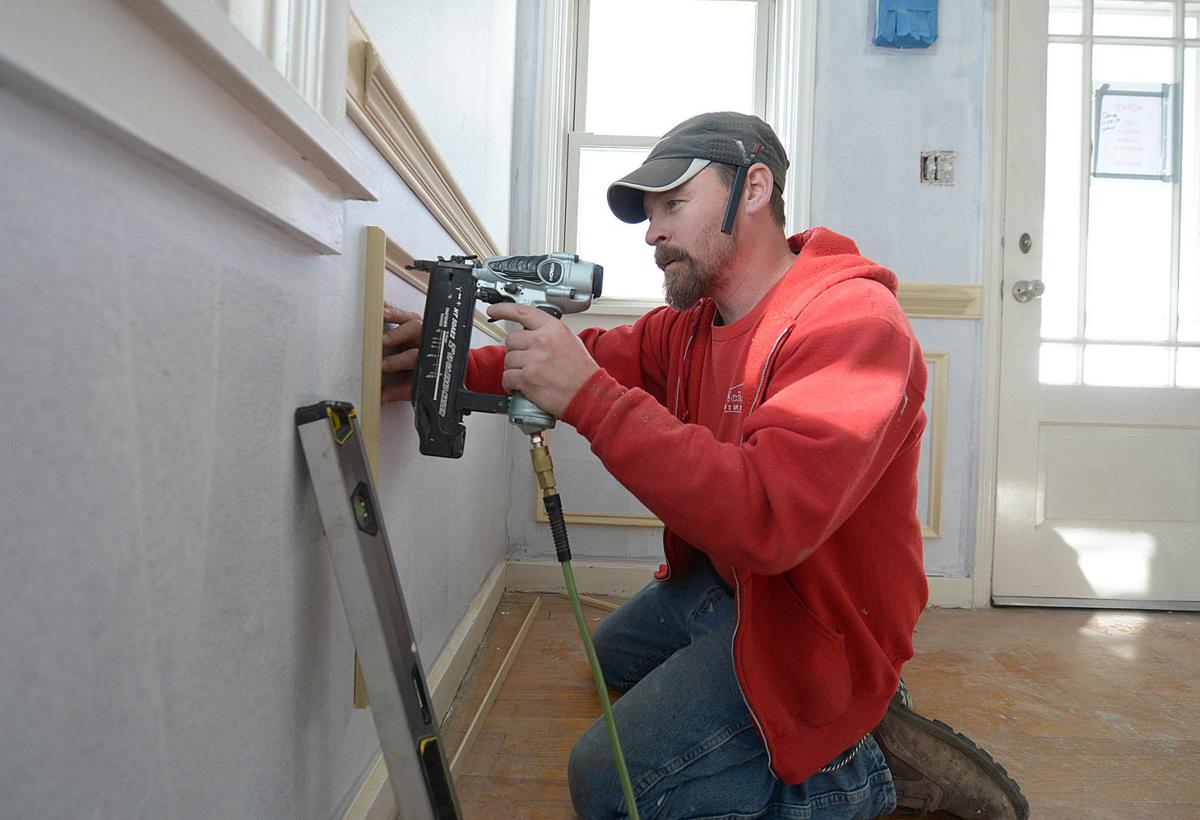 Jason Edwards of Neidlinger Fine Homes does trim work at a property in South Middleton Township in January.

As the adage goes, a business is only as good as its employees. But unless you’re planning to hire superheroes, your employees are only good insofar as they have a place to live that isn’t’ too many miles away from your business.

“I think our challenge for housing, as it relates to economic development, is with market rate housing,” said Jonathan Bowser, Chief Executive Officer of the Cumberland Area Economic Development Corporation.

“If you look at homes in our area, the average price is over $200,000 for a single-family. If you’re fresh out of college or just starting your career, it’s difficult ... market rate housing is something we definitely promote and talk about because it’s a major factor employers are looking at the area.”

Following a slight dip from a high of around $215,000 in 2007 and 2008, Cumberland County home prices rose again in 2012, and closed out 2015 at $211,000, according to data from the Greater Harrisburg Association of Realtors — having registered comparatively little change relatively to the rest of the country during the burst of the housing bubble.

Further, the stream of new construction has proven unreliable, according to data from the county’s planning department. After a slight rise in 2013, residential building permits issued dropped 22 percent in 2014 to 892 units. The number of residential plans proposed dropped 25 percent to 724 units.

Multi-family developments and townhouse units comprise 71 percent of the construction, according to the report. Many of these are not new projects, but rather sites that were approved in the peak years of 2005 to 2007, but are just now being built after the market slump.

“There had been a period from 2008 to 2013 where builders were buying up these approved subdivisions from the banks that had taken them after all the foreclosures,” said Jason Grace, an agent with Landmark Commercial Realty.

“I would say that in the last 18 to 30 months, there are builders who have felt comfortable enough to go vertical with some of these projects, but not nearly at the pace they had in 2003 to 2007. There’s so much demand and so little supply for these residential units.”

This also impacts the placement of commercial developments.

“Workforce availability is a hot topic right now with so many warehouses that have been developed but without so much residential growth,” said Gerry Blinebury, an executive broker with Cushman & Wakefield.

Further, if Cumberland County is successful in attracting more manufacturing, specifically food processing, the situation may become even more pressing.

“I think there’s a conflict right now in the market with opposition to infill development,” Blinebury said. “A lot of these communities don’t want intensive re-use of certain sites, but those are the best sites for manufacturers. Bulk distribution doesn’t mind being in remote areas, but the manufacturing operators don’t want to be there. They want to be infill near the modern municipal infrastructure.”

New commercial and industrial spaces proposed are still running low, according to county planning data — only 45 units pitched, compared to 170 in 2001.

But actual construction appears to be rebounding, likely due to the long cycle between conception and building for major warehouses and distribution centers. For 2014, 73 commercial building permits were issued, the second-highest year on record behind 74 permits in 2012.

The term “brownfield” typically refers to development situations where the site has additional costs, or is redevelopment of a site with existing structures. “Greenfield” work refers to ready-to-go, previously unsullied sites.

“Flat, greenfield development is at an all-time high,” Blinebury said. “The brownfield is also seeing rental growth because of that and the sector is strengthening. I think, for the first time in the cycle, we’re ready to see some real redevelopment.”

Jason Edwards of Neidlinger Fine Homes does trim work at a property in South Middleton Township in January.