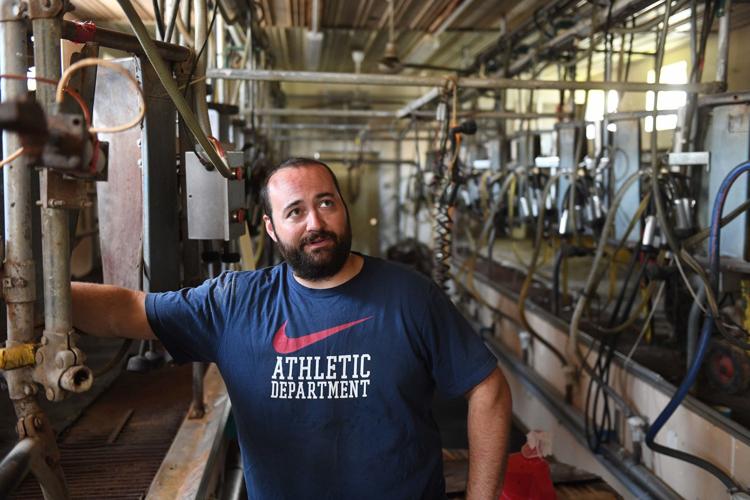 Ian Stamy of Manor Grove Farms in Monroe Township stands in the milking parlor of his farm that he no longer uses after he sold off his herd of nearly-400 dairy cows. 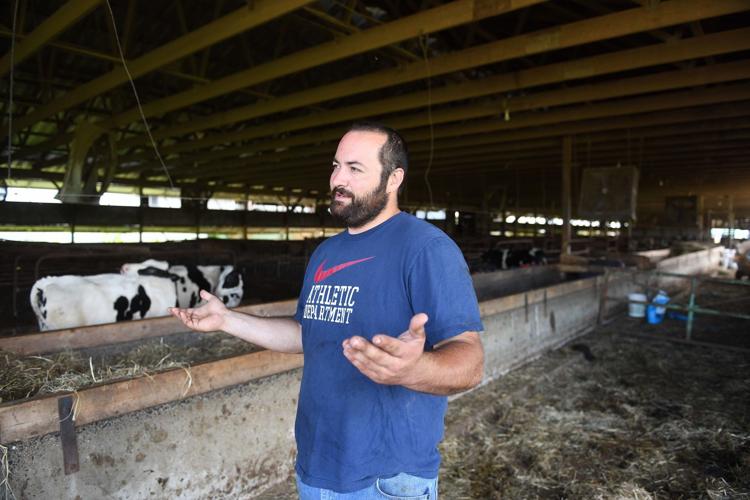 Ian Stamy of Manor Grove Farms in Monroe Township stands in holding barns that is no longer used after the sold off his nearly 400 head of dairy cows.

The United States Department of Agriculture’s five-year census was released last month, appearing to show an increase in Cumberland County’s total farmland as well as the value of its agricultural production for 2017 relative to the 2012 survey.

But county farmers and agriculture experts say the numbers seem too good to be true, and that some sort of counting error must be at play.

“I just can’t explain a difference that large,” said Dave Swartz of the county’s Penn State Extension office. “If the difference was 5,000 acres or less, I’d say it’s a possibility, but not this.”

“I’m not convinced that the increase in acres of farmland is revealing that there’s actually more land being farmed. It could possibly be that [the USDA] improved their ability to track and survey land,” said Stephanie Williams, director of the county’s farmland preservation programs.

Williams said she inquired with the USDA about the numbers and the specifics of the census data collection, but was given no indication as to what might cause any discrepancies.

“[The USDA] did indicate that there was no specific change in their methodology,” Williams said.

Tough Row to Hoe: The fight for farmland in Cumberland County

This week The Sentinel takes a Closer Look at the struggle to maintain, preserve and develop farmland in Cumberland County.

The county continues to enter into easements with farmers to guarantee that their land remains in agricultural use, but it’s not like these are new farms in the sense that someone has bought land and created a farm where before there was another land use.

“It just doesn’t match with the anecdotal pieces of information we have,” Williams said.

Even more unlikely are the USDA census numbers for dairy farms, which are considered central Pennsylvania’s agricultural core, but is increasingly on the wane.

But at the time the USDA conducted its survey, multiple county farmers were in the process of selling their dairy herds.

One of those farmers is Ian Stamy, who sold nearly his entire 450-cow herd and now operates his family’s 2,000-acre farm in Monroe Township entirely as a crop farm. He now sells the corn, beans and wheat he had been growing to feed his dairy animals.

“I’m only 31, but I’ve never known any different. Talk about an empty feeling,” Stamy said, standing in a cattle barn that is now empty except for a handful of calves that his children raise for their 4-H club.

Stamy said that for roughly the three years before he finalized the sale of his herd the operation ran underwater.

“It got to the point where it was going backward instead of forward,” he said.

LANCASTER — The long, proud tradition of Lancaster County as the state’s dairy capital may take a hit in the next six months as milk farmers l…

He sold his herd to an outfit in the Midwest, where operations with tens of thousands of cattle are able to operate at an economy of scale.

“You either go big and do it cheap, or you don’t make it,” Stamy said.

“I know what we’re seeing in agriculture is that you either get big, go commercial, and gobble up land, or you stay small and create a niche market and stay in business that way,” Strock said. “Anything in between those, you’re signing your own death knell.”

Stamy, for instance, said he purchased land recently, but it was land that he was already farming on a lease.

“We knew there was not going to be an opportunity to buy it again, and if we didn’t but it now it was going to turn into a housing development,” Stamy said.

This may give a clue as to what may be going haywire with Cumberland County’s agricultural census numbers.

Surrounding counties with heavy agriculture, such as Dauphin, York and Lancaster, all show their USDA census numbers moving in the opposite direction, with farmland and farm output decreasing. But those counties also haven’t seen the explosive population growth, and associated land development, that Cumberland County did during the 2012 to 2017 census gap.

This has resulted in an unusual phenomenon, several farmers said.

Real estate speculators, often investment trusts, buy farmland then have rezoning and development plans approved for the site. In many cases, however, they don’t build, but rather try to flip the turn-key project for a profit. In the interim, the development company leases the land to a farmer to work.

Rain leaves veggie farmers struggling with no aid in sight

This could be causing the USDA to receive double counts, as both the developer and the lessee report the land.

“Sometimes the way the wording is on a particular census, it can change the outcome,” Strock said.

Regardless, farmers like Stamy intend to keep going, albeit without the dairy business. In many ways, this trades the headache of low milk prices for the headache of commodity fluctuations induced by international trade.

Soybean prices have continued to dive amidst the Trump administration’s tariff war with China. The average bushel brought in $8.28 in April 2019, compared to $9.85 in April 2018.

Soy and wheat prices track somewhat to corn, given that they can be substituted for each other in many processed foods, Stamy said. But corn, the typical stabilizer, is now threatened by uncertainty over Trump’s trade agreement. Mexico buys $19 billion of U.S. agricultural products annually, of which corn is the largest single commodity.

“It depends on what Trump’s last tweet was,” Stamy said. “Or you’ll see on the news that he’s meeting with someone about trade and prices will go up, and then a few hours later you hear that it didn’t go so well and the prices go back down.”

“I know what we’re seeing in agriculture is that you either get big, go commercial, and gobble up land, or you stay small and create a niche market and stay in business that way. Anything in between those, you’re signing your own death knell.” — Kent Strock, chair of the Cumberland County Farm Bureau

"I know what we’re seeing in agriculture is that you either get big, go commercial, and gobble up land, or you stay small and create a niche market and stay in business that way. Anything in between those, you’re signing your own death knell.”

The escalation of the Trump administration’s trade dispute with China is “unwelcome news” for Pennsylvania’s struggling farmers, the Pennsylva…

Faced with the decline of dairy, and thus manure, Pennsylvania may be looking at the proliferation of a much less olfactory-friendly fertilize…

Ian Stamy of Manor Grove Farms in Monroe Township stands in the milking parlor of his farm that he no longer uses after he sold off his herd of nearly-400 dairy cows.

Ian Stamy of Manor Grove Farms in Monroe Township stands in holding barns that is no longer used after the sold off his nearly 400 head of dairy cows. 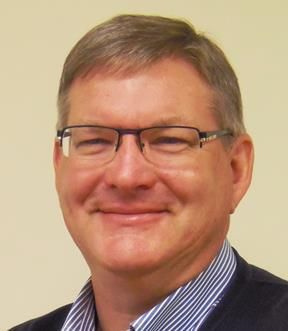 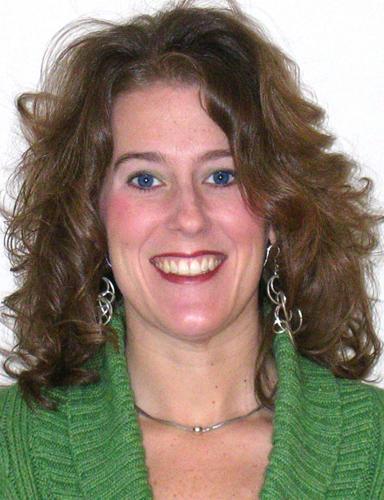