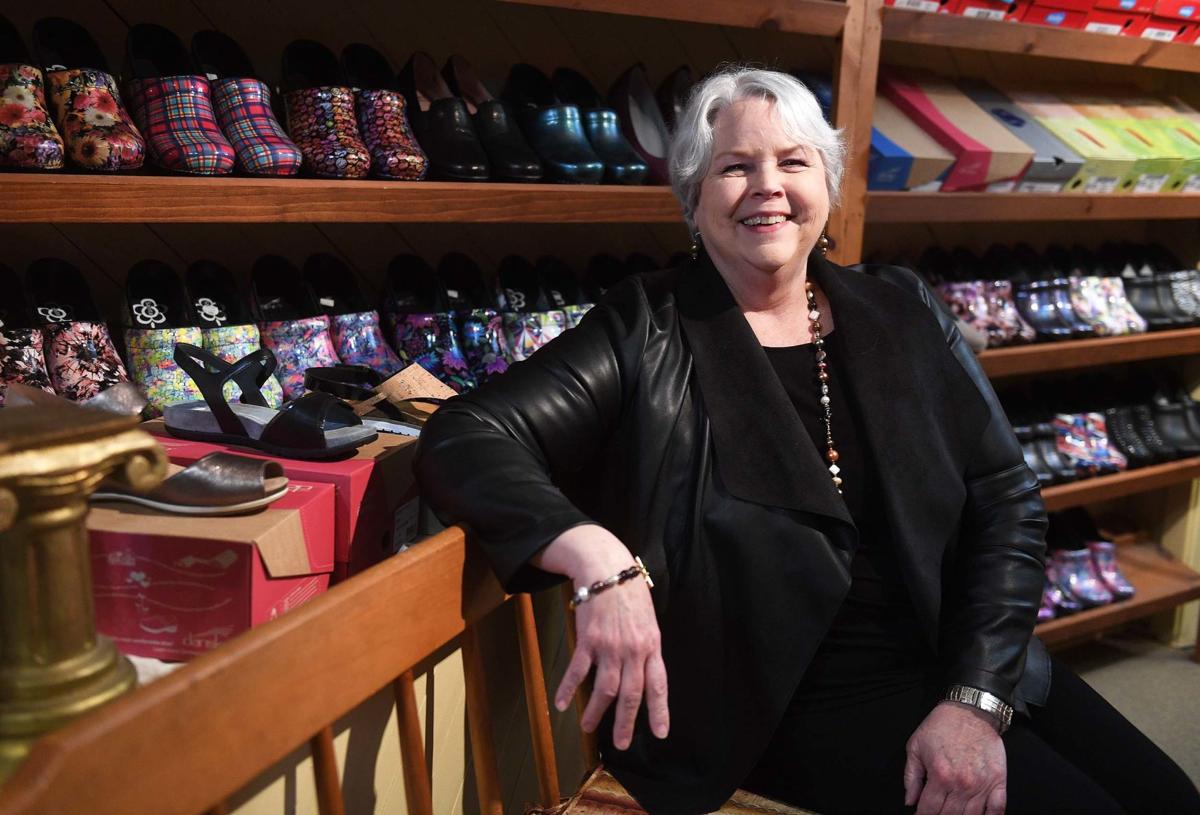 Kathy Joyce will close her business, Just Clogs in Mechanicsburg, on Christmas Eve. 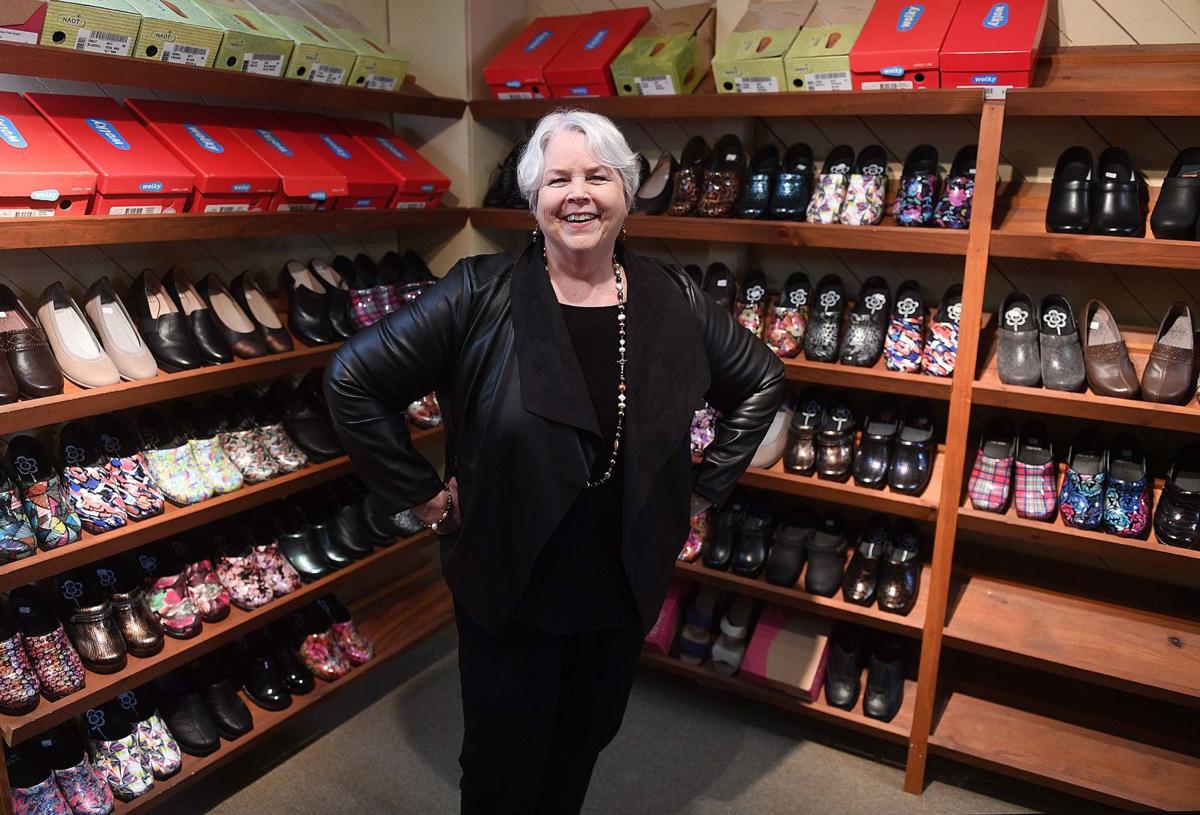 Kathy Joyce, owner of Just Clogs, 15 W. Main St. in Mechanicsburg, is closing her business after about 40 years in the family. 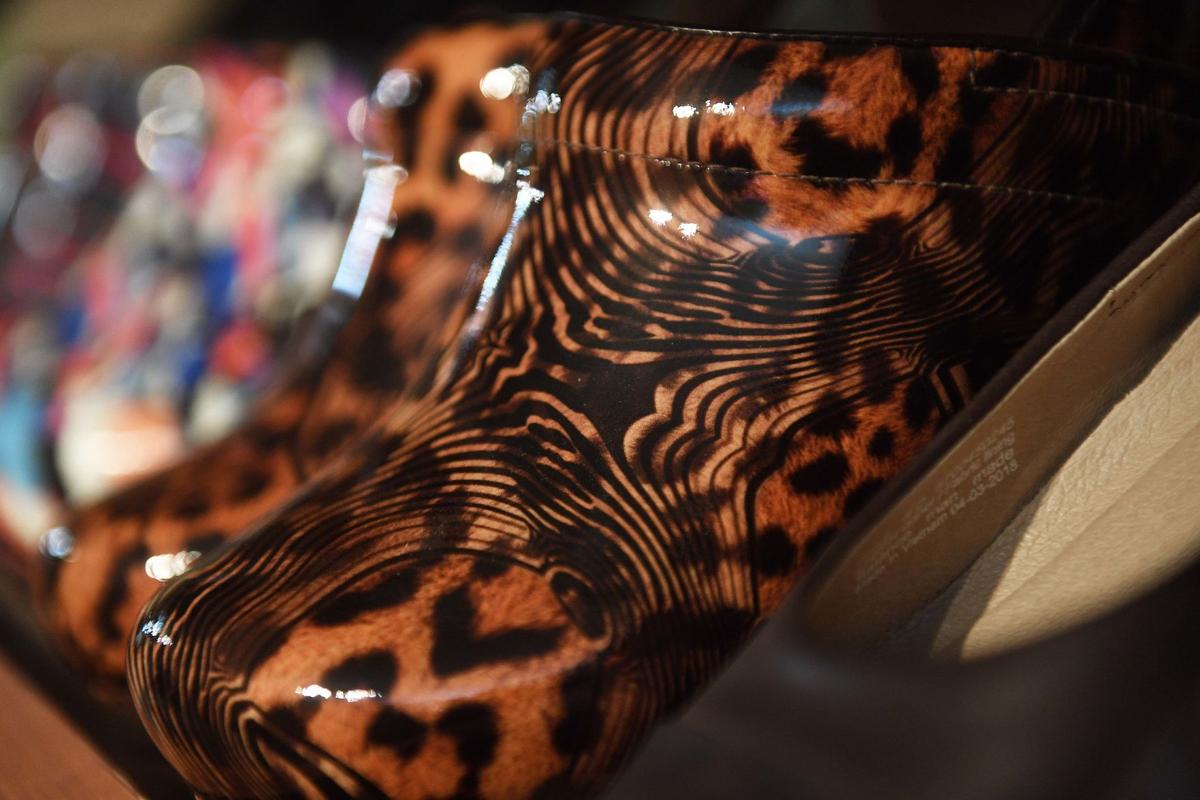 Just Clogs in Mechanicsburg is closing after about 40 years in business. 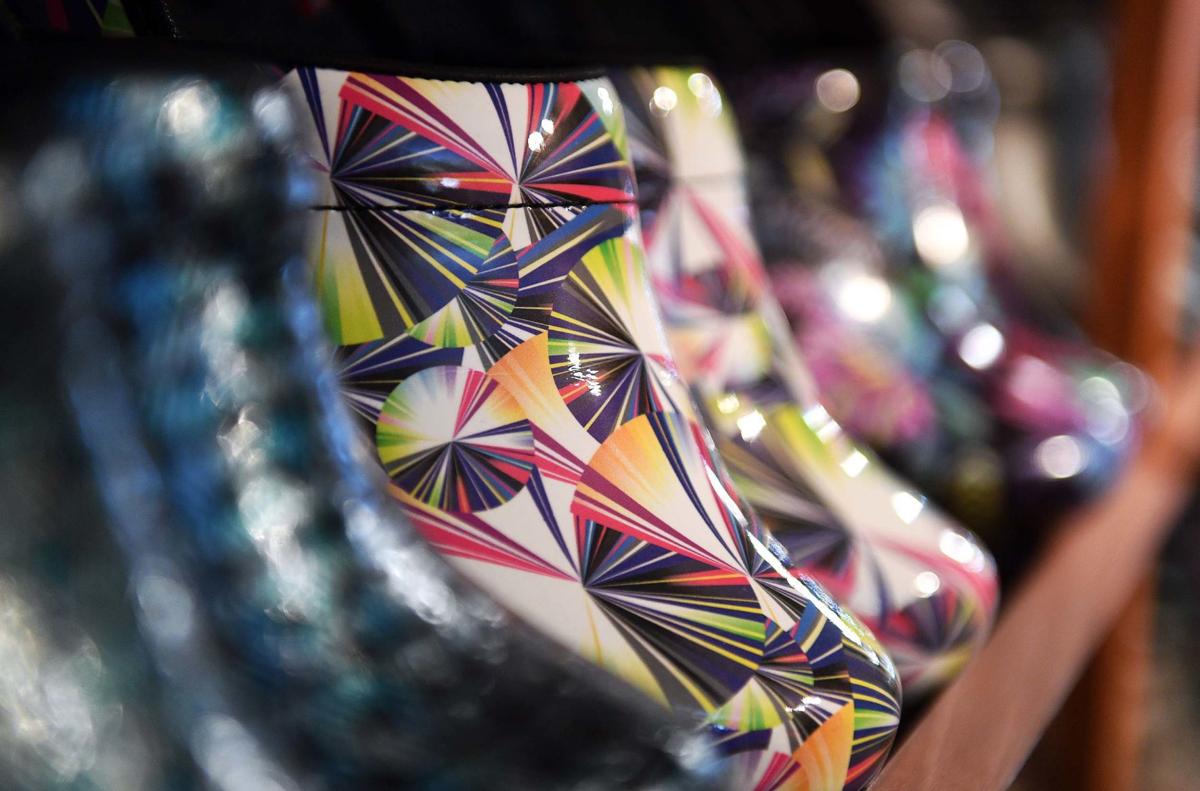 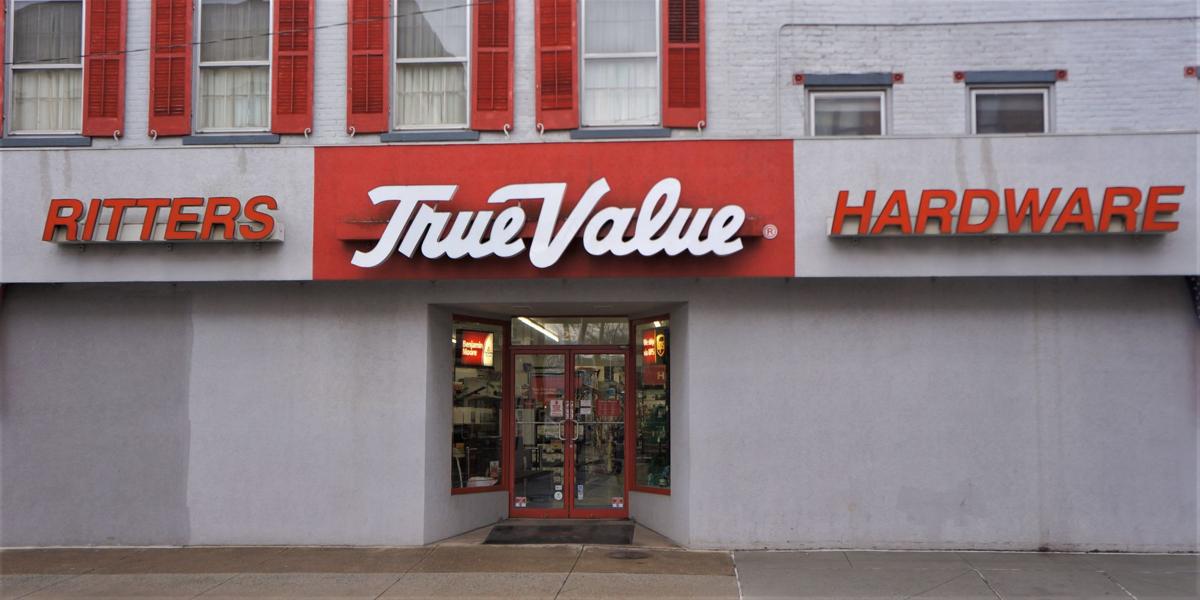 Downtown Mechanicsburg has seen its share of openings and closings of shops and bakeries over the past few years, but a number of mainstays have lasted through the decades.

The retirement or semiretirement of owners of two longtime businesses, however, could change that landscape.

Kathy Joyce took over ownership of Just Clogs at 15 W. Main St., from her mother in 2007, continuing a run of 40 years at the location. But Joyce said she’ll move on from a six-day a week job as the owner of Just Clogs to a sales position at Shoe Fly at the Camp Hill Mall.

Only a few doors down, Jack Winchell plans to retire as owner of Ritters True Value Hardware at 25 W. Main St. According to the Cumberland County Redevelopment Authority, both the Lemoyne and Mechanicsburg lcoations for the hardware store are for sale. A closeout sale started Dec. 1 at the West Shore Plaza location, but Winchell said through the authority that he plans to keep the Mechanicsburg store open until the business is sold.

The Mechanicsburg building itself is also for sale, and the authority said Ritters has been at that location since 1912. Ritters expanded to Lemoyne in 2009. Winchell declined to talk to The Sentinel about his retirement and store sales.

Joyce, who also works as a travel agent, said this was bound to happen with some of the old businesses in the downtown.

“Mechanicsburg has an aging ownership population,” she said.

She said it can be especially challenging for those in retail.

“It’s tough to have a small business now,” she said. “The internet is killing retail stores, even the bigger ones.”

Joyce has tried to keep up with the times over the years. When she took over the store when her mother died in 2007, she started switching out the wood clogs that did not sell as well and looked at new, modern brands that could attract customers. She said that first year was tough, from both dealing with the loss of her mother and taking on a new career as a shoe salesperson, but she got through it with help from shoe sales representatives that have also helped her in the transition to Shoe Fly.

Some of that connection, personalized service and the shoes will go with her in the move. Joyce said Shoe Fly will purchase whatever stock she has left when her store officially closes on Dec. 24. That stock, however, is dwindling quickly.

Joyce announced the closing of Just Clogs on Nov. 1, and that weekend ended up being a busy one for her, with customers new and familiar walking through her door. Old customers talked about how long they’ve been shopping there, some with tears in their eyes and some leaving with 15 pairs of shoes. There were also new faces walking in to comment on how they’ve always wanted to stop in.

It’s those customers that led Joyce to take over the shop, and it’ll be them she misses the most when she’s no longer in downtown Mechanicsburg — assuming the customers turned friends aren’t already seeing her for dinner.

“I’d say it’s them (I’d miss the most) but a lot of them have become my friends,” she said. “It’s the customers, but hopefully I’ll see them in the next chapter.”

Jack Winchell recently submitted his resignation after serving 14 years on the board.

Kathy Joyce will close her business, Just Clogs in Mechanicsburg, on Christmas Eve.

Kathy Joyce, owner of Just Clogs, 15 W. Main St. in Mechanicsburg, is closing her business after about 40 years in the family.

Just Clogs in Mechanicsburg is closing after about 40 years in business.