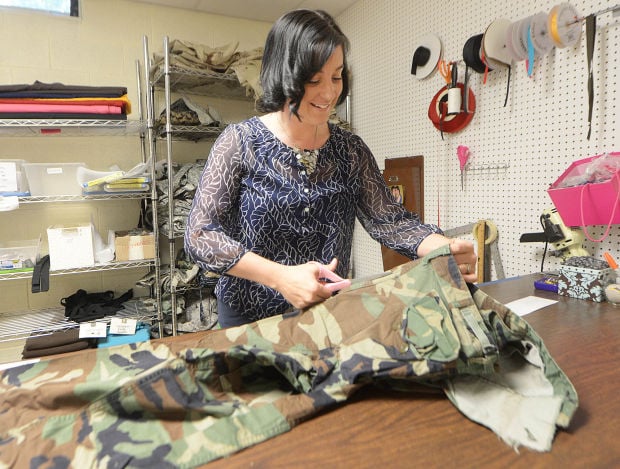 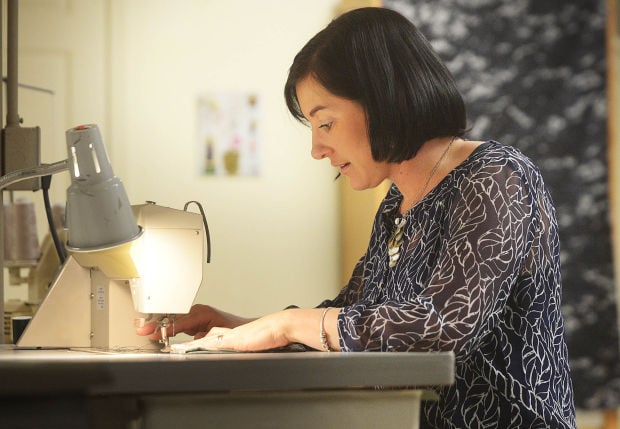 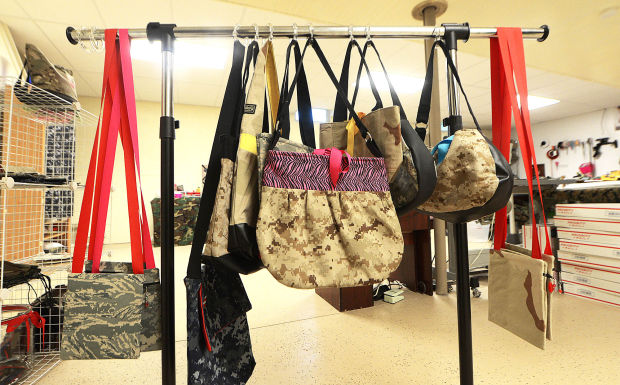 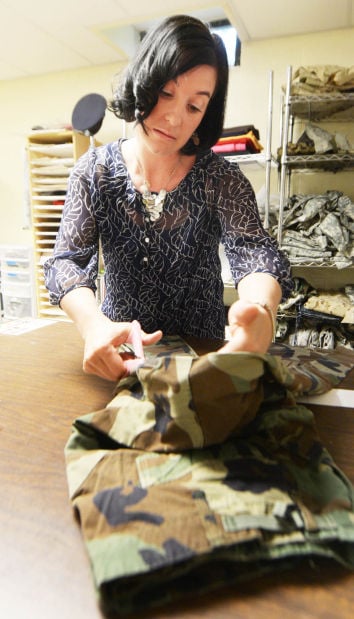 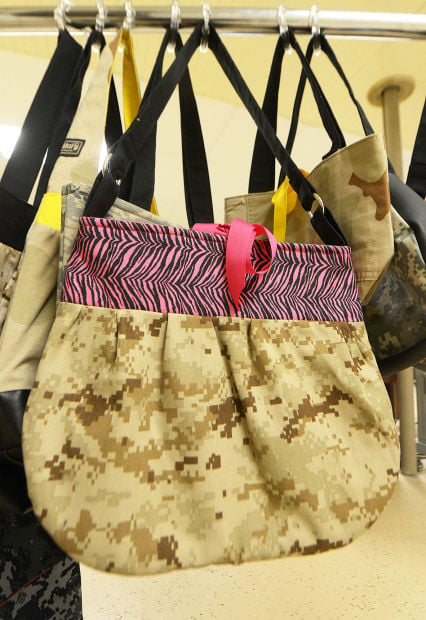 GARDNERS — Eve Baum was designing, making and selling purses when one of her friends’ husbands asked her to use fatigues instead of other fabric for gifts for his family.

And thus, the Military Apparel Company was born.

“We sell worldwide,” Baum said. “We specialize in people sending their personal uniforms to us, and right now we could really use some donations of uniforms. Each uniform, just like each bag, is special and has a story attached to it, and that’s what I like about it. It’s not just a handbag, it tells a story and that’s what’s important about it — it’s a very emotional product.”

She has been in the business for about 10 years, making purses, bags, bears, blankets, key chains and wallets out of fatigues from any era, dating back as far as World War II. However, it wasn’t until recently that her business received national recognition.

Without realizing it, Military Apparel Company sold one of its handmade creations to country singer Trisha Yearwood. She loved the bag so much, she recently mentioned the company and products as a must-have Mother’s Day gift in People Magazine.

Baum said she had no idea what was going on until a reporter from People called her and ordered a bag. But she didn’t realize that Yearwood had mentioned the bag by name in the interview until the magazine hit stands last week.

“(The reporter) said she wanted a bag to feature in the Mother’s Day gift guide,” Baum said. “So when the magazine came out, (a former sales person) called me and said ‘Trisha was telling me that she is including you guys in People Magazine.’”

Since the mention, Baum said her sales have gone through the roof, including a large order from the Military Channel.

She said every week the orders have been coming in and keeping her incredibly busy. She is using her publicity to find a way to give back to military families, especially children.

“I’m really honored,” said Baum, who is a military wife. “I know what it would be like (to lose someone overseas), and I know that I couldn’t handle it, so I have the highest respect for them. So this is such a great honor to make something nice for them that they deserve. The stories we hear from (the customers) is just amazing.”

Baum said she has checked out a number of charities and nonprofits, but nothing seemed exactly fit what she wanted — at least until she stumbled upon the Gary Sinise Foundation. The foundation helps build additional resources to help highlight the activities of those who work to keep military families strong. She said she hopes to partner with the foundation and be able to donate a portion of Military Apparel Company’s profits to the efforts to which the organization donates.

“We have a very, very good connection with the Gary Sinise Foundation,” Baum said. “I feel like this would be a really good thing for them and it would be for us as well. Part of the proceeds we would donate back to them, obviously. So that’s kind of like what I’m hoping for the future of Military Apparel Company.”

How to avoid being scammed while using payment apps

How to avoid being scammed while using payment apps

How long you should keep your tax documents

How long you should keep your tax documents