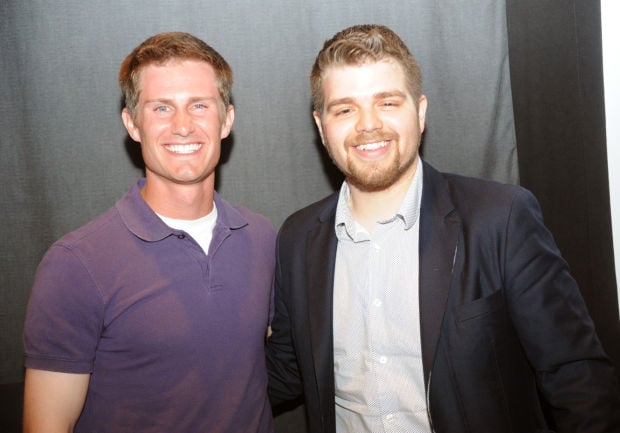 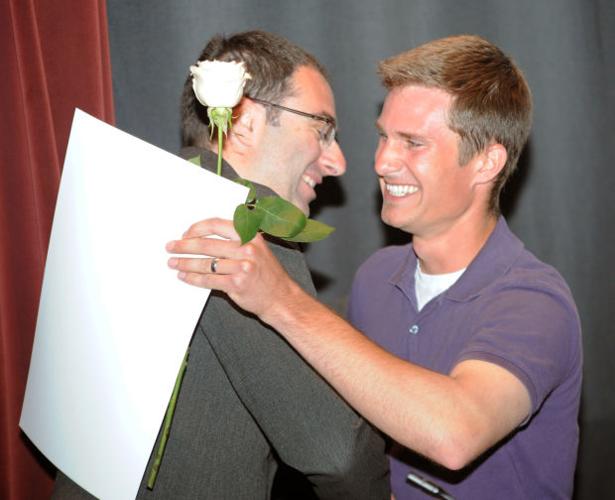 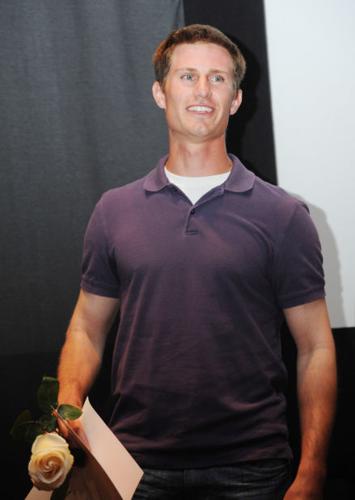 On a cold, rainy day this winter, the film crew for “Downward” was getting ready to shoot a fight scene for their new short film.

Mitch McClure and Rolando Vega were nervous about going out in the rain with the cameras and equipment, so they picked up some giant Ziploc-style bags and went on with the shoot.

“We put (the bags) over the top of the camera,” McClure said. “I was running around in the woods, with the camera in the rain with big Ziploc bag on it. It was crazy, but the camera wasn’t damaged and we got the footage. The rain made the footage look that much cooler, so it went really well.”

“Downward” was successfully funded by Kickstarter in January, began filming soon after and was finished and shown at Messiah’s film festival on April 27. It will premiere at the Carlisle Theatre on Sunday.

The film takes place in a post-apocalyptic world where mankind is working to reform itself into a new society. There is a war going on between the Dragoons and Guardians, sentient machines that want to help humanity. During the war, Claire, the wife of a human soldier, struggles to find the body of her husband after she is told he has been killed in battle, Vega said.

This was McClure’s first time directing a film, and he said it was a challenging job, but he enjoyed being able to be a part of the film. He said it allowed him to test what he learned at Messiah College and taught him a lot as he went.

“During the week of shooting, early on, I was (thinking) maybe I just wanted to stick to cinematography, because it was very stressful,” the Messiah senior said. “But towards the end of the two weeks that we were shooting, I was really starting to enjoy it — I kind of got the hang of it. It’s been a lot of work managing other people’s work and trying to piece it all together, but I’ve definitely enjoyed it and it’s been a great learning experience and good in the sense that it makes me want to do it again.”

The shooting, which took place over about nine 10-12 hour days, took a lot out of the crew, McClure said.

Vega said the filming process was short, but it was definitely the most intensive part of the process. It took a lot to get the entire crew together and be able to coordinate all of the actors, feed everyone and keep everything on schedule, he said.

“A major part of it was getting everyone together,” Vega said. “After that, staying within the budget was the most difficult thing, as a producer. Even though we tried very, very hard, we were having to adapt and find creative ways of feeding everyone. So we got donations for the food. It was an interesting experience. A lot of problems would come up during filming, and we just had to learn to adapt and keep things running while solving the problems.”

Both McClure and Vega are aiming to continue developing their careers and plan to make another film in the near future. Whether that will be about the Dragoons or something else completely different, Vega said his next film could be a full-length feature.

Vega previously directed the short film, “Palace,” about the disappearing industry of local theaters. That film premiered at the Carlisle Theatre.

The film will premiere at the Carlisle Theatre at 7 p.m. on Sunday. Instead of showing just the short, the crew is planning on showing “Palace,” along with a documentary from another Messiah College student leading up to the premiere of the 20-plus minute short “Downward,” Vega said. The show is free and open to the public.

“We wanted to make it kind of a longer event,” Vega said. “We’re going to make it a feature-length entertainment block. (People) can watch a bunch of films done by local film makers — I think that’s what makes it special.”

What: Local filmmaker showcase, including premiere of “Downward”